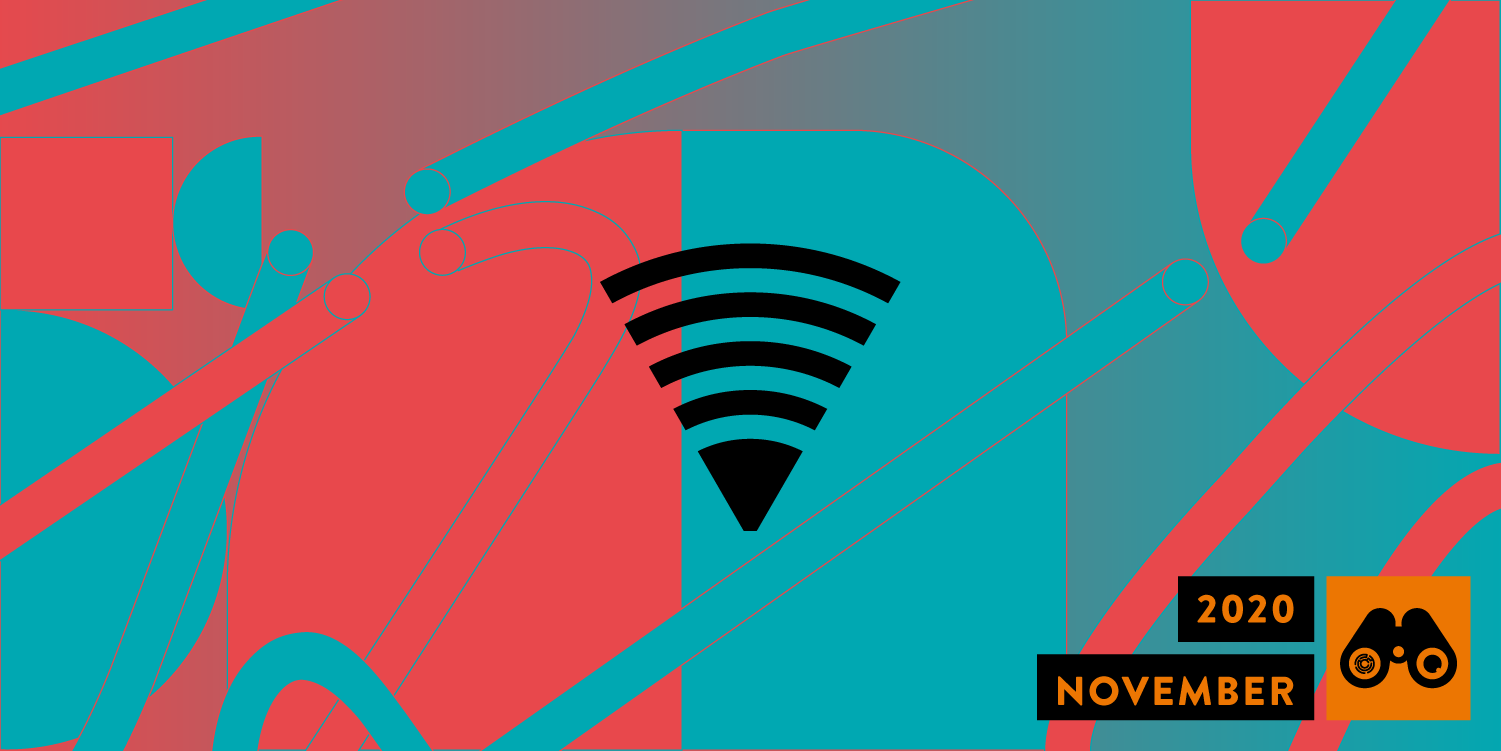 Iran's Internet was relatively stable during most of November, with one significant disruption coinciding with the anniversary of the 2019 protests and nationwide internet shutdown.

Iran’s internet was quite stable throughout November 2020. The only meaningful disruption in this period took place on November 16 and 17, which happened to coincide with the anniversary of last year’s protests and nationwide internet shutdown. On these two days, many users reported that their connections were slow and disrupted.

A source at Telecommunication Infrastructure Company (TIC) told Filterwatch that this disruption occurred due to the disconnection of the international optical fiber cable running through Egypt. Later on November 17, the monthly ICT magazine Peivast quoted a source in Iran’s Ministry of Communications who confirmed this. Filterwatch can not independently confirm this claim.

“All international internet routes in Iran from the south have been cut off for three hours due to fiber outage in Egypt”, this source told Peivast on November 17, 2020.

According to OIM data, the ISP DATAK Internet Engineering Inc (AS25124) was almost completely disconnected from the internet, without providing any explanation for its users. The cause of the outage is unknown.

The telecommunications company Rightel (AS57218) suffered a period of disruption according to OMI data. Like DATAK, Rightel failed to provide any explanation to its users.

IPM (AS6736) was almost completely disconnected from the Internet on November 2 for a period of roughly three hours. This is the fifth month this year that IPM has experienced major disruption, also experiencing outages in March, June, July, August and October. It has failed to provide any explanations to the public, or its users.

IPM is responsible for handling Iran’s top-level domain, and provides Internet services for universities, educational institutions, and research centers, which also tend to experience disruptions as a result.

The web hosting company Netmihan Communication Company (AS204213) was also nearly disconnected from the Internet on the same day. However, according to OMI data, Netmihan was able to introduce a new route on AS299049 with Delta Telecom for its users.

Iranian users experienced disruptions on November 16 and 17, on the one year anniversary of the protests and internet shutdown of November 2019.

A source at the Telecommunication Infrastructure Company (TIC) told Filterwatch that this disruption occurred due to the disconnection of an international fiber cable in Egypt. On November 17, the monthly ICT magazine Peivast quoted a source in the Ministry of Communications who confirmed this. The official said:

“All international internet routes in Iran from the south have been cut off for three hours due to a fiber outage in Egypt”. 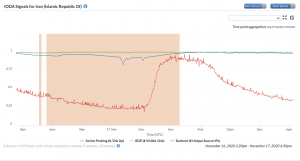 According to IODA data, the provinces most affected by this disruption were Qazvin, Hormozgan and South Khorasan. 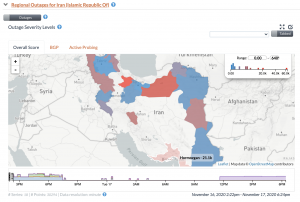 According to Peivast, MCI users also suffered an hour of disruption due to the disconnection of an MCI fiber link on the operator’s Tehran-Mashhad route.