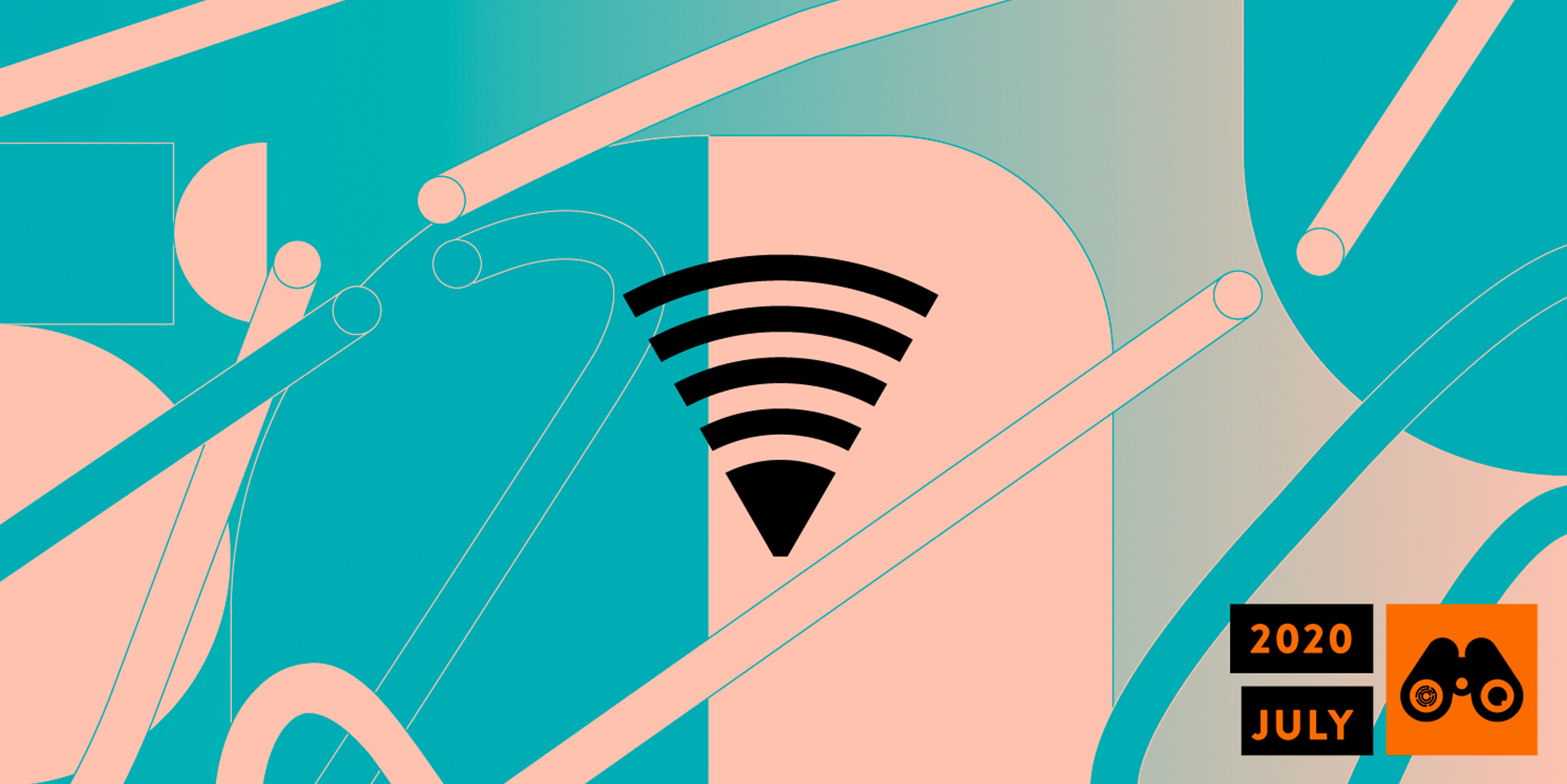 Iran's internet experienced a number of intermittent and unexplained disruptions, as well as one localised near-total shutdown when in Behbahan as anti-government protests broke out.

In July, the internet in Iran experienced a number of intermittent disruptions and unexplained traffic shifts, as well as one localised near-total shutdown when anti-government protests broke out in a number of cities nationwide.

This shutdown incident was limited to the city of Behbahan in Khuzestan Province, where authorities later claimed that a number of people had been arrested in relation to the protests. The shutdown was interesting for a number of reasons: firstly, for its isolation to mobile networks – landline connections were unaffected – and secondly, for the fact that affected users weren’t just cut off from the global Internet, but the National Information Network, as well.

Filterwatch also detected a number of other short-term disruption incidents throughout the month.

Our day-by-day analysis of key disruption incidents in July follows.

OIM showed that AS25124 (Datak) was suffering from major disruptions. The cause of this disruption remains unclear, and the ISP Datak have so far failed to provide any explanation for the outages.

On July 8, AS29049 (Delta Telecom) became the main traffic source for at least eleven major providers in Iran. These traffic shifts caused significant disruptions, prompting a response from authorities. Sadjad Bonabi, Vice Chairman of the Board of Directors at the TIC claimed on Twitter that the cause of this disruption was “a wide range of Internet outages outside of Iran’s borders, especially in Armenia and Turkey.” Delta Telecom is an Azerbaijan-based ISP.

Based on OIM data, the eleven providers which were affected by this disruption are:

The visualisations below show the period of dependence on AS29049 (Delta Telecom), which started in late June and continued throughout much of July. Some of this dependence on Delta Telecom continues into August (for example, as visible on AS43754 AsiaTech).

According to Peivast, the severing of a cable between Milad Tower and the Telecommunication Infrastructure Company (TIC) caused a major service disruption on July 10. As a result of this damage, the AsiaTech data center in Milad Tower was disconnected, and all websites hosted on this data center – including Peivast – were unavailable.

OIM data showed that AS57497 (Faraso Samaneh Pasargad) experienced a brief shutdown on the same day. It’s not clear if this was a side effect of the cable damage, or if this was caused by a separate incident.

The network of the Research Center of Theoretical Physics & Mathematics (IPM) went almost completely offline for the second month running.

IPM was previously cut off from the internet twice, on both June 17 and 18. Neither IPM, nor any Iranian officials provided any explanation for the outages.

On July 16, in response to a protest in the city of Behbahan in Khuzestan Province, Iranian security forces fired tear gas to disperse protesters. The protest started at around 8pm local time. Around 45 minutes later, users in the neighborhoods where protests took place found that their mobile internet connections had been cut off. Unlike in November 2019, when domestically-hosted sites and services remained accessible during the internet shutdown, this time mobile data was completely cut off.

Unfortunately, no network measurement tools were able to show any sign of this shutdown. Filterwatch was able to confirm this shutdown through field research, and through information provided by a third-party technology company, which shared its information with us on the condition of anonymity.

From July 11, a message was circulating in WhatsApp groups in the city of Behbahan, inviting people to come out and protest in response to “the high cost and poor living conditions of the people and the transfer of Kish [Island] and the country’s oil resources to the Chinese government” on Thursday at 8pm local time. The original source of this message is not known.

Iranian officials did not acknowledge the localised internet shutdown in Behbahan.

According to NetBlocks on 14 July disruptions were observed across ”multiple networks” at around 9.30pm local time, lasting approximately three hours. The timing of the reported disruption coincided with the #DontExecute (اعدام_نکنید in Persian) trending on social media. 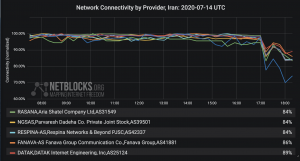 AS20631 (Pars Parva System) was almost fully disconnected from the internet. The company ‘Pars Pack’ provides cloud services and content distribution networks. Neither Iranian officials nor the network provider offered any explanation for the service outage.

Iran’s “Legal VPNs” and the Threat to Digital Rights

The new state-backed VPN scheme may be the tool the Iranian government needs for the realisations of “layered filtering”in the country.

This month, online activism by Iranians with the #DontExecute made global trends, while the dangerous “Managing Social Messaging Apps” draft bill returned to parliament.