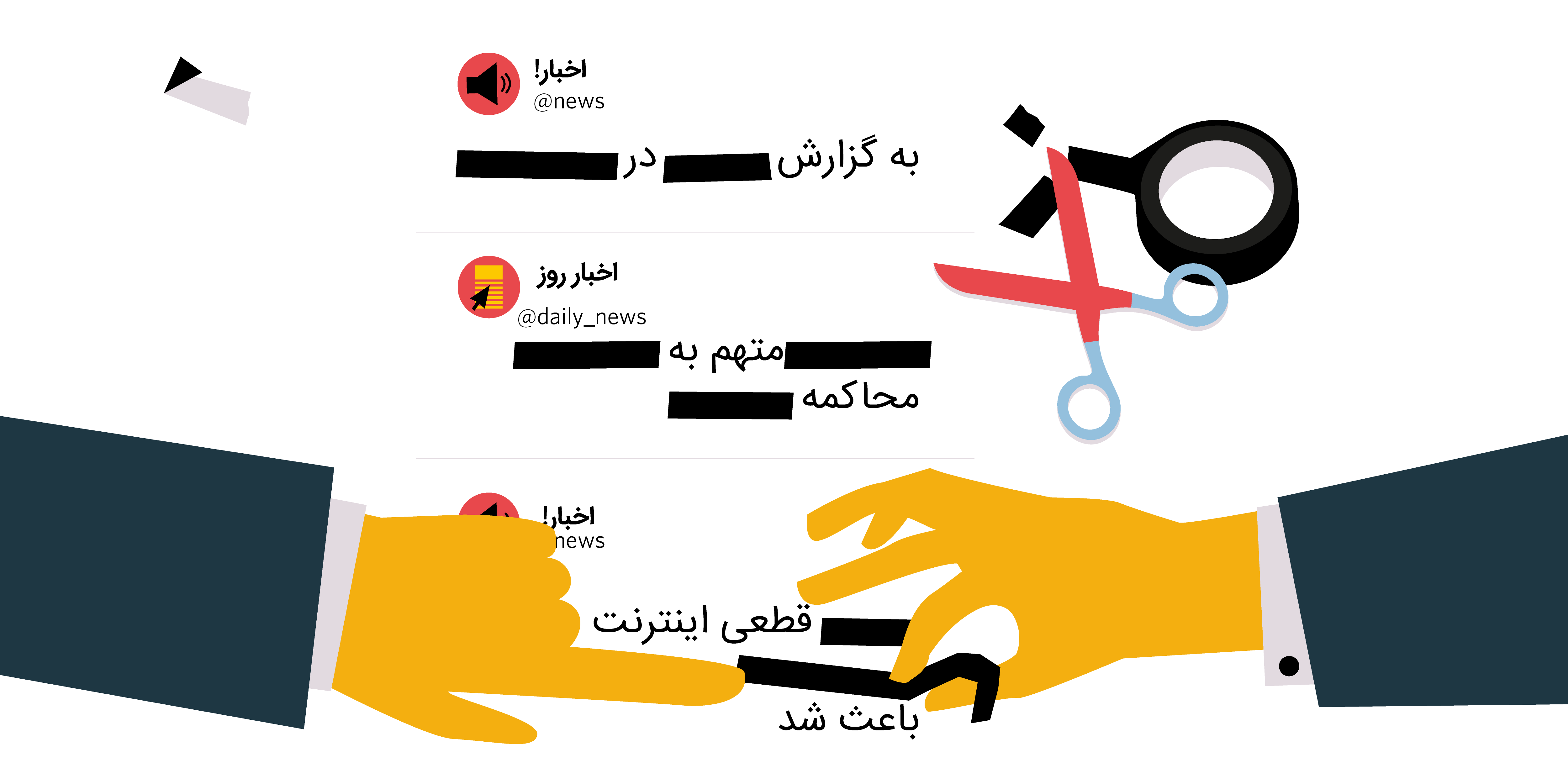 A new resolution from Iran’s top internet policy-making body is a calculated attack on online expression ahead of June’s presidential elections.

On 5 January 2021 the Supreme Council of Cyberspace (SCC) – Iran’s top Internet governance and ICT policy-making body – ratified a resolution titled the “Document on Preventing and Combating the Dissemination of Misinformation and Fake News and Content in Cyberspace” in a meeting chaired by President Hassan Rouhani. The full text of the resolution was first published on the SCC website on 13 February.

The text of this resolution raises some serious concerns about freedom of expression and digital rights in Iran. It also sheds light on how Iran is seeking capitalise on the alarmist global narrative around “fake news” and “disinformation” online (which is being championed by both mainstream liberals and conservatives in European and North American democracies) to challenge the influence of online global platforms, with the goal of further advancing the censorship of Iranians’ voices online.

The three-page resolution appears to be a first step in establishing the legal framework and organisational capacity among different branches of government and ministries to monitor and legally punish publication of news which it labels untrue or misleading with the stated goals to protect the order in society and protect individuals against reputational damage. The resolution also states as one of its aims the “protection of election outcomes” from being affected by such news.

The resolution provides three definitions in setting its remit:

On the basis of these definitions, the framing of the language around reporting news, and the audience threshold of 5,000, it appears that the resolution is designed to target independent journalists or activists inside Iran. Specifically, it targets those who use social media accounts such as Instagram pages, Twitter accounts or Telegram channels to disseminate information that would not otherwise be published in Iranian newspapers, or other local media.

The document sets out a number of responsibilities for the Judiciary, the ICT Ministry, Ministry of Culture & Islamic Guidance, the Ministry of Foreign Affairs, IRIB, and the Press Supervisory Board.

There are three elements of the document that really stand out.

Firstly, the Judiciary is tasked with bringing forward new bills setting out definitions and punishments relating to the dissemination of untrue news, and outlining the responsibilities of the publishers and platforms. They are required to do this within three months from when the resolution was issued (20 January 2021). Notably, they are asked to design punitive measures that could act as a deterrent against individuals publishing “untrue” content.

Secondly, the Ministry of Culture and Islamic Guidance (MCIG) is asked to establish the infrastructure to identify and monitor publishers that are covered by this resolution. The MCIG is also asked to establish a mechanism for “collaboration” between publishers and appropriate government bodies to facilitate “rapid responses to developing events”.

Finally, the resolution asks for collaboration between the MCIG and the Foreign Ministry in identifying points of contact at foreign platforms and social media companies, and establishing a mechanism for Iran’s diplomatic representatives to contact these companies to seek their collaboration in combating so-called “untrue news” when needed.

The Objectives of the Resolution

First and foremost, we must acknowledge that Iranian authorities’ long record of regulating and restricting online and offline speech strongly suggests that international human rights standards will not be taken into consideration when defining “misleading” or “untrue” news. Iran’s dismal press freedom record is a testament to the fact that any tools granted to state authorities to police online speech will be used to censor dissenting voices and independent journalism.

Within this context, in light of the resolution’s broadly defined goals and mechanisms, and lacking in any checks on its scope, this resolution must be understood as posing a grave new threat to press freedom in Iran, and to Iranians’ right to freedom of expression online.

From the content of the resolution it is clear that the goal of this resolution is not to monitor every post online or to block access to every single social media platform, but rather to create an environment in which self-censorship is further encouraged. It appears that this SCC resolution seeks to further institutionalize the tactics used by Iran’s Cyber Police (FATA) against influencers, not only intimidating them into compliance with the law, but also forcing them to publicly state that their actions are in line with the instructions of law enforcement authorities.

The resolution must also be viewed as part of Iran’s continued shift towards the offline policing of online spaces. The growing role of FATA in applying pressure to those internet users with large audiences appears to be Iran’s preferred method of controlling civic and social spaces in Iran in recent years.

This tactic, which was firstly visible in Iran’s fight against Instagram influencers, was used aggressively against ordinary citizens in the early months of the COVID-19 pandemic in Iran; as many as 3,600 people were arrested by FATA for spreading “false information and rumours” online by the end of April 2020. The same methods have previously been deployed against journalists; most notably, the journalist Mohammad Mosaed was arrested in 2019 after his Twitter posts during the near-total internet shutdown in November 2019.

This resolution, and Iran’s broader offline policing of the internet in part stem from Iranian authorities admitting their inability to control online spaces solely through filtering and other technical methods. However, this failure should not be viewed as a cause of celebration for those concerned with human rights in Iran. It is likely that the rapid implementation of this resolution will result in a heavy crackdown on ordinary citizens, activists and journalists – particularly given its timing.

It is no accident that the authorities are bringing forward this new resolution on online speech only months ahead of the June 2021 presidential elections – elections which may pose serious challenges to the legitimacy of the Islamic Republic if turnout remains as historically low as in the 2020 elections. It is unlikely that this election will see the emergence of any particularly vibrant campaigns, or that any candidates will be willing to engage in substantive critiques of the Islamic Republic. However, many of the leading figures that are currently discussed as potential candidates certainly stand to benefit from the silencing of independent journalists in accordance with this resolution.

In the absence of any such campaigns, the months leading up to the presidential election may turn into an intense period of public scrutiny of the Guardian Council’s hand-picked candidates by independent media and activists. The SCC resolution’s preemptive act of intimidation against journalists and activists is likely to be welcomed by the establishment candidates, several of whom sit on the SCC, and are in fact responsible for writing and passing this resolution.

For instance, both Mohammad Bagher Ghalibaf, the sitting Majles Speaker, and Ebrahim Raisi, Iran’s Chief Justice, are both potential lead candidates, and have both previously been accused by journalists of financial improprieties. Similarly, a number of IRGC generals are being considered as potential candidates, all of whom would fear independent investigations into their human rights records and financial dealings. Such reports may never be allowed to be published in Iranian newspapers, but are generally able to reach online audiences via the Telegram or Twitter feeds of journalists and activists inside the country. This is why the timing of this resolution must be understood in the context of this upcoming election.

Where Does This Fit Into Global “Fake News” and Disinformation Discourse?

This resolution is not just a product of Iran’s internal politics, or authorities’ aims to further control online discourse in the run-up to the 2021 presidential elections; it has also clearly been framed to take advantage of the global panic over “fake news” and “disinformation” online, likely in an attempt to insulate Iranian authorities from charges of censorship.

It is striking how the language used in these resolutions is not formulated around the typical charges of “threatening national security” or “collaboration with enemy states”. Instead, it uses language not far from that used by commentators in many democratic nations, formulated around the negative impacts of the internet on politics and elections. This may also be a calculated move made in the hope of encouraging some form of collaboration from international platforms – another stated goal of this resolution.

In the past, Iran has not been particularly proactive in asking tech giants to take down undesirable content. However, with this new shift in language, and the potential enlisting of Iran’s diplomatic capacities, this resolution may result in a change of approach.

If this change of direction materializes in the coming months, global tech companies have a responsibility to commit to full transparency in their dealings with Iranian officials, and not to compromise on the human rights of Iranian internet users under pressure from Iranian authorities.

It is not unusual to hear commentary from more conservative elements of the Iranian establishment about the urgent need to rein in the influence of independent online media. However, more often than not, these suggestions and comments result in no notable practical action.

However, given that this resolution was issued by Iran’s highest ranking Internet policy-making body, and in light of Iran’s long record of engaging in aggressive offline policing of online spaces, this resolution should be taken extremely seriously. It is highly likely that we will begin seeing visible impacts of this resolution upon journalists and civil society in the run-up to the June 2021 presidential elections.

What is yet to be seen is the possible backlash to its implementation from independent activists and journalists in Iran. Internet shutdowns in recent years have led many journalists, activists, and digital economy entrepreneurs to turn against the Rouhani administration and ICT Minister Mohammad-Javad Azari Jahromi. Prior to these shutdowns, many in Iran wrongly viewed Rouhani’s administration as an ally in defending digital rights against hardliners – a point of view that is much less commonly held in Iran these days.

The implementation of policies such as this resolution should make it clear to a greater number of Iranians that the battle for digital rights in Iran is not solely a struggle against the censorship of websites, but is in fact much broader: it is a struggle for robust legal protections for the rights to free speech and privacy, as well as for uninterrupted, uninhibited, and safe access to the open global Internet.