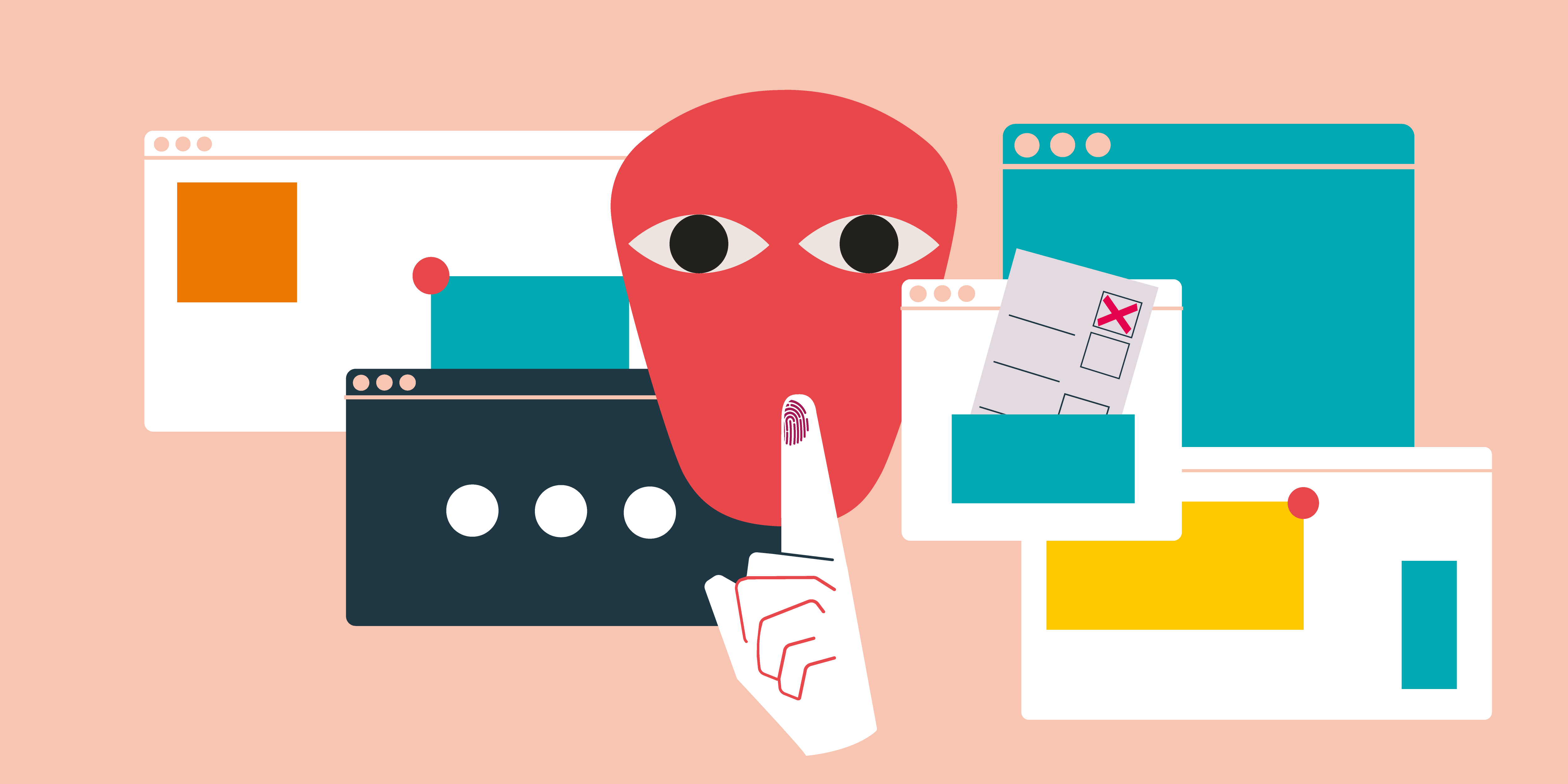 Over the past eight years, the Rouhani administration has dramatically transformed the Iranian internet. By making significant investments in infrastructure, and actively developing and implementing a broad array of internet-focused policies, this government has been able to take the vague, widely ridiculed Ahmadinejad-era concept of the “halal” internet, and reshape it into a coherent, ambitious, and largely realised project in the form of the “National Information Network”.

In its final days, the Rouhani administration faces dissent from a large section of the society. The sharp economic downturn in his second term, the state’s brutal crackdown on protests in December 2017 and November 2019 (the second paired with a week-long national internet shutdown), the IRGC’s downing of Ukraine International Airlines Flight 752, and authorities’ poor handling of the COVID-19 pandemic have all contributed to a growing sense of public anger. This has in part been directed at the Rouhani administration, but also at the Islamic Republic’s wider political establishment.

Throughout this succession of crises, internet access has remained a crucial lifeline for Iranians. This is especially true at a time when the wider political and media environment remains closed; as such, maintaining access to information online remains a top priority for Iranians. The decision to block Telegram in early 2018, the imposition of national and local internet shutdowns, and recent whispers about the potential filtering of Instagram have all become major news stories in Iran for weeks, and have filtered into the political debate.

Yet despite this public concern over the future of free, secure access to the global internet, the presidential campaigns have failed to address the future direction of internet policy in the post-Rouhani era. Certainly none of the candidates have sought to object to Iran’s long-established goal to develop the localised, tightly controlled and closely monitored National Information Network.

The State of the Election

It’s not just discussions about digital rights that are absent from the campaigns: candidates’ treatment of all the major issues has been met with a general sense of apathy. In this election cycle there appears to be a fundamental disconnect between the candidates and the electorate, with some polls showing that turnout could hit historic lows of around 40% – a huge fall compared with 2017’s official turnout rate of 73.33%. Some establishment politicians have expressed concern that such low turnout figures could plunge the new government into a crisis of legitimacy.

This low turnout has been fuelled not only by public discontent with the events of the last two years, but also with authorities’ transparently anti-democratic handling of this election process, which appears to have been carefully engineered to guarantee a win for Chief Justice Ebrahim Raisi. One of the ways this manifested was in the Guardian Council’s exclusion of prominent politicians such as former Parliamentary Speaker Ali Larijani and current First Vice President Eshaq Jahangiri from the race on the grounds that they were “unsuitable” for the presidency.  Although the Guardian Council’s undemocratic candidate approval process is not a new feature of Iranian elections, the exclusion of such high-profile candidates has been viewed as particularly brazen, and as a nakedly transparent pro-Raisi fix-up.

This blatant meddling has led to many Iranians to assume that the full force of establishment is being used to assure Raisi’s election, with some analysts openly speculating that his election could pave the way for authorities to name him as the future successor to Supreme Leader Ali Khamenei.

Raeisi has never previously been elected to office (he came second to Rouhani in the 2017 presidential contest) but has served as Chief Justice and the head of Iran’s judiciary since Khamenei appointed him to the role in March 2019. However, it is his former membership of the 1988 Tehran “death committee” that many Iranians still identify him most closely with. This committee was responsible for ordering the executions of thousands of political prisoners over the course of five months in 1988.

This personal ruthlessness has been visible in Raisi’s latest campaign, too. In recent days,  journalists and activists in Iran have received warnings and intimidating messages about their online activities from individuals aligned with the judiciary. Raisi’s murderous record, his hunger for the presidency, and his powerful role at the head of the judiciary has led many voters, activists and journalists to conclude that he will take any measures necessary to triumph in this contest.

Digital Rights Stay Off The Agenda After Khamenei’s Intervention

The most meaningful internet-related intervention of the campaign so far came from Iran’s Supreme Leader on 27 May, when he explicitly claimed that internet governance issues are not priorities of Iranian public, and candidates should focus on issues that he viewed as public priorities, such as youth unemployment.

So far, all of the candidates have generally obeyed Khamenei’s order, and have avoided using digital rights as a wedge issue in this election. Although some candidates – including the moderate Abdolnaser Hemmati, and even conservatives such as Jalili and Zakani – have spoken out against online filtering, there have been no discussions whatsoever about the longer-term direction of travel for Iran’s internet, as set out in the Supreme Council of Cyberspace’s resolutions.

Even when they did object to online filtering, candidates failed to explicitly call out the filtering of the online audio-based chat room app Clubhouse, which was censored during the election campaign without any transparency or public justification.

It was only in the final week of campaigning, during the final televised debate when Hemmati protested against the forthcoming implementation of “layered filtering”, which promises to offer differentiated levels of internet access to different user groups via the use of government-sanctioned VPNs. However, in directing his criticisms solely at Raisi for his previous statements in support of layered filtering, Hemmati failed to acknowledge that the current march towards this layered filtering system is a product of the vision and policies that have been set over the last eight years by the SCC and the Rouhani administration.

Raisi meanwhile appears determined to follow the Supreme Leader’s orders, by sidelining internet policy issues in his campaign. He even went as far as to deny the fact that hardline MP and Ahmadinejad-era ICT Minister Reza Taghipour ever held a position in Raisi’s campaign. This denial was issued mere days after Taghipour was announced as the Raisi campaign’s Head of Cyberspace, and as one of his leading advisors on internet policy issues. It appears this denial was only was issued after activists and the wider public started to draw negative attention to Taghipour’s appointment. Raisi also went on record during the third debate to wrongly claim that no online platforms have been blocked during his term as Chief Justice.

The lack of substantive discussion around the implications of the National Information Network’s development is a central legacy of the Rouhani administration. The creation of an authoritarian Internet requires more than just technical infrastructure; it requires long-term planning, and the development of strategies for their implementation, as agreed by a cohesive central decision-making body.

Although the SCC was created by a decree of Supreme Leader Khamenei, and its membership is largely shaped by Khamenei’s decrees, it was the Rouhani-chaired SCC that was able to synthesise a coherent, achievable, and deeply authoritarian vision for the long-term management of the internet in Iran. Whoever the next president might be, they will need to comply with the resolutions passed by the Rouhani-era SCC that mandate the development of a closed and localised internet.

It is as a result of these SCC resolutions that the Iranian political establishment now has such a well-defined vision for its localised, closed, and highly surveilled internet. The reduction of the digital rights debate to the single issue of Iran’s online filtering policy at the expense of the wider long-term issues around localisation are also a direct result of Rouhani’s administration posturing over the last eight years. Rouhani’s administration (and particularly ICT Minister Mohammad-Javad Azari Jahromi) frequently positioned itself publicly as a champion of digital rights by opposing the filtering of sites such as Telegram, Instagram, or Twitter, while at the same time misleading the public over the government’s support for localisation in the SCC.

From the flagrant exclusion of Raisi’s potential rivals by the Guardian Council, through to the blatant prohibition of internet policy as a legitimate area of debate, this election has been a notably undemocratic one even by the Islamic Republic’s low standards for election integrity. In the face of the past four years of growing discontent and rising public anger, it appears that Iran’s Supreme Leader and his appointees are not taking any chances on the success of their preferred candidate.

That being said, whatever the turnout may be on 18 June, or whoever is announced as Iran’s next president, the future of Iran’s internet does not depend on this election: the plan for the coming years has already been mapped out by the SCC.

In March Firouzabadi announced that the new membership of SCC will be announced in the coming months, alongside a set of new priorities for the next phase of the NIN’s development as set by Iran’s Supreme Leader. The lack of substantive debate, or even the slightest display of meaningful opposition to the SCC’s policies in this election means that the SCC will be able to advance into its next phase of implementing the NIN with minimal opposition or accountability.

Iran’s Supreme Leader is well aware of the significant progress made by the Rouhani administration in developing the underlying technical and policy infrastructure of the SCC, and can be confident that the lack of debate in these presidential elections will grant him a blank cheque to appoint a new SCC which can get on with the task of delivering a heavily localised, state-controlled national network.