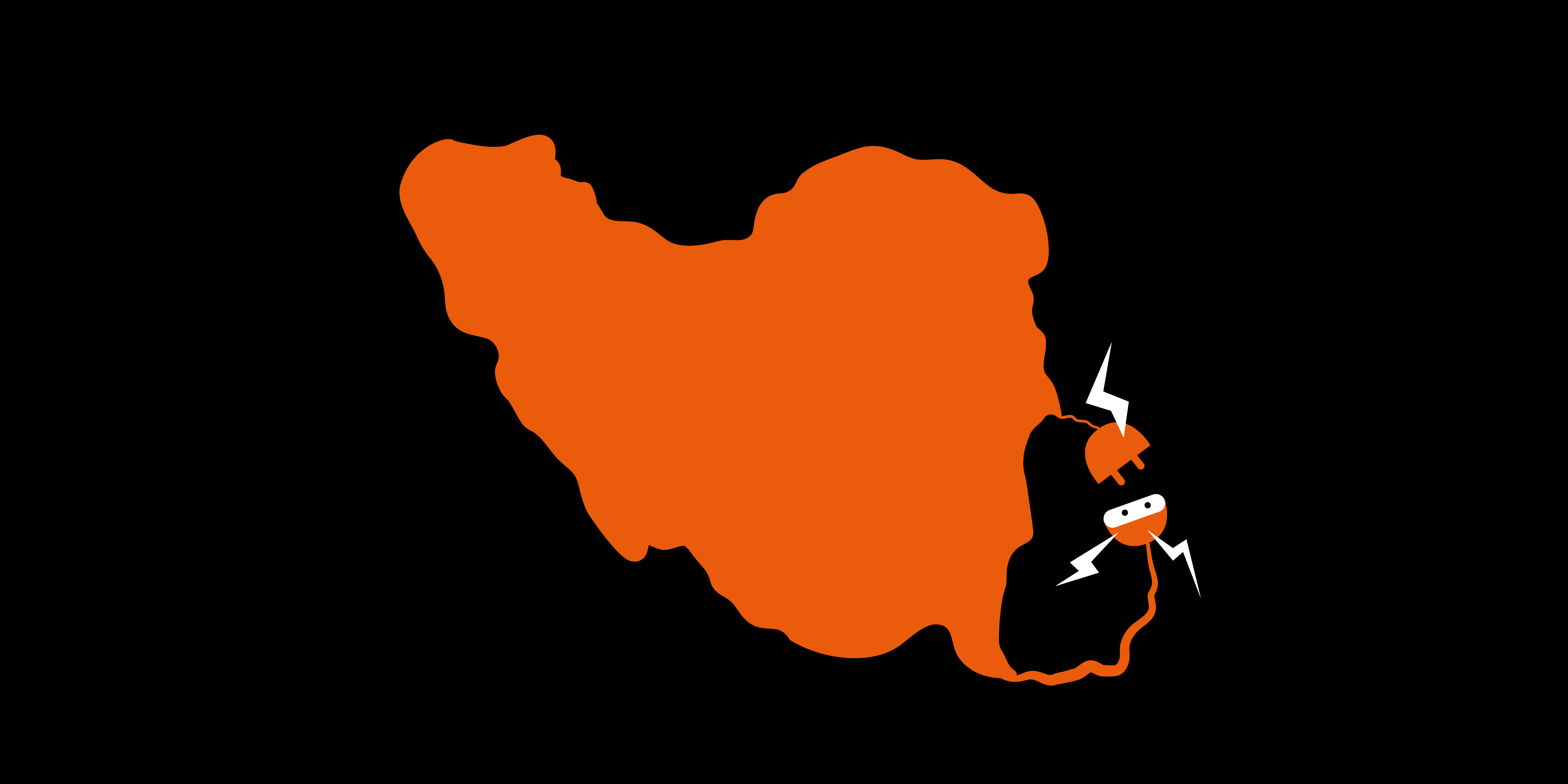 As protests began to escalate across the province, Iranian authorities again ordered an internet shutdown to obscure a harsh crackdown.

On 22 February, reports emerged of clashes between Islamic Revolutionary Guard Corps (IRGC) forces and fuel traders in the city of Saravan, located in Sistan and Baluchestan province near the border with Pakistan. According to information received by the Baloch Activists Campaign (BAC), IRGC forces opened fire on fuel traders during clashes, killing ten and injuring five. The incident sparked protests in the city of Saravan, with protestors gathering outside the city’s governorate and IRGC station on 23 February; the protestors were reportedly met with tear gas and a number of people were arrested as a result.

Despite claims of earlier internet shutdowns in Saravan, the first clear evidence of widespread internet disruptions was reported at around 9pm on 24 February by Amir Rashidi, a cybersecurity and digital rights researcher.

I can confirm that MCI is completely cut off from the internet in some parts of Zahedan, Saravan, Iranshahr, and Zabol.#KeepItOn

By this point, protests in Saravan had escalated, and reports emerged of authorities using force against protestors. This was when the internet shutdown began, with mobile internet connections being severely disrupted and eventually cut off entirely on Iran’s major mobile operators, including the Mobile Telecommunication Company of Iran (MCI), Irancell, and Rightel. These shutdowns were observed in the cities of Zahedan, Khash, Saravan, Iranshahr, and Zabol. During Iran’s November 2019 Internet shutdown, mobile connections were the first to be affected before a total shutdown was implemented.

On  25 February, mobile internet connectivity remained non-existent in the province (despite some sporadic reports of connectivity) while fixed broadband connections appeared to be unaffected. The situation remained the same as of the morning of 26 February. However, in a province where over 95% of the population rely on mobile networks for internet access, disrupting mobile internet is in practice a full internet shutdown.

Update: MCI and others are on and off. MCI data is cut off again.

Sistan and Baluchestan Faces a Localised Shutdown and a News Blackout

Reports about the unrest in domestic media have been limited, however some outlets have reported on the protests without any mention of the internet shutdown. Fars News tweeted a quote from the Governor of Sistan and Baluchestan, who claimed that three people were killed during the clashes at the border, two of whom were allegedly in Pakistan and one in Iran. The statement came after the incident was denied in an earlier press interview from the Governor of Zahedan, who claimed that the reported deaths were “fake”. According to a statement from the province’s Police Chief on 25 February, “the unrest had ended” and the situation is now “under police control”. Again, this statement contained no mention of the internet shutdown. However, in an interview with ILNA, the Deputy Governor for the province stated that internet disruptions will be resolved once “the situation has been stabilised”.

Protests and Crackdown: A Legacy of Government Failures

Sistan and Baluchestan is the poorest province in Iran, and experiences one of the highest levels of unemployment in the country. As a result, many have had to turn to fuel trading, which involves carrying small amounts of fuel to border regions and out of the country to sell as a source of income. The province is also the most poorly connected in Iran, with the lowest penetration rates for 3G, 4G, and ADSL connections, according to the country’s Communications Regulatory Authority (CRA).

As recently as December 2020 the MP for Zabol, Zehak, Nimrouz, and Hamoun Habibullah Dehmarde called the ICT Minister Mohammad Javad Azari-Jahromi to Parliament for questioning about the province’s lack of infrastructure and connectivity issues – problems which have been made even more prominent in the wake of increased reliance on the internet as a result of the COVID-19 pandemic. What followed was a highly publicised trip by Jahromi to the province with the promise of network expansion to the region.

In the face of ongoing disruptions and human rights violations in Sistan and Baluchestan, Jahromi and his ICT Ministry have remained silent, as have other politicians ranging from provincial representatives through to President Rouhani.  Once again, these representatives have not only failed on their promise of improving conditions for the inhabitants of the province, but they are also complicit in the violations that have taken place and continue to take place while people’s voices are silenced. Despite promising otherwise, Rouhani administration and the various ministries under him have continued to normalise internet shutdowns as a tool in Iran’s information controls regime.

In light of Iran’s record of using internet shutdowns to create a shroud of silence around gross human rights violations, this latest shutdown is deeply concerning. Filterwatch condemns the use of internet shutdowns under any circumstances and calls for internet connections to immediately be restored in Sistan and Baluchestan, and for Iranian authorities to respect the fundamental rights of all Iranians.