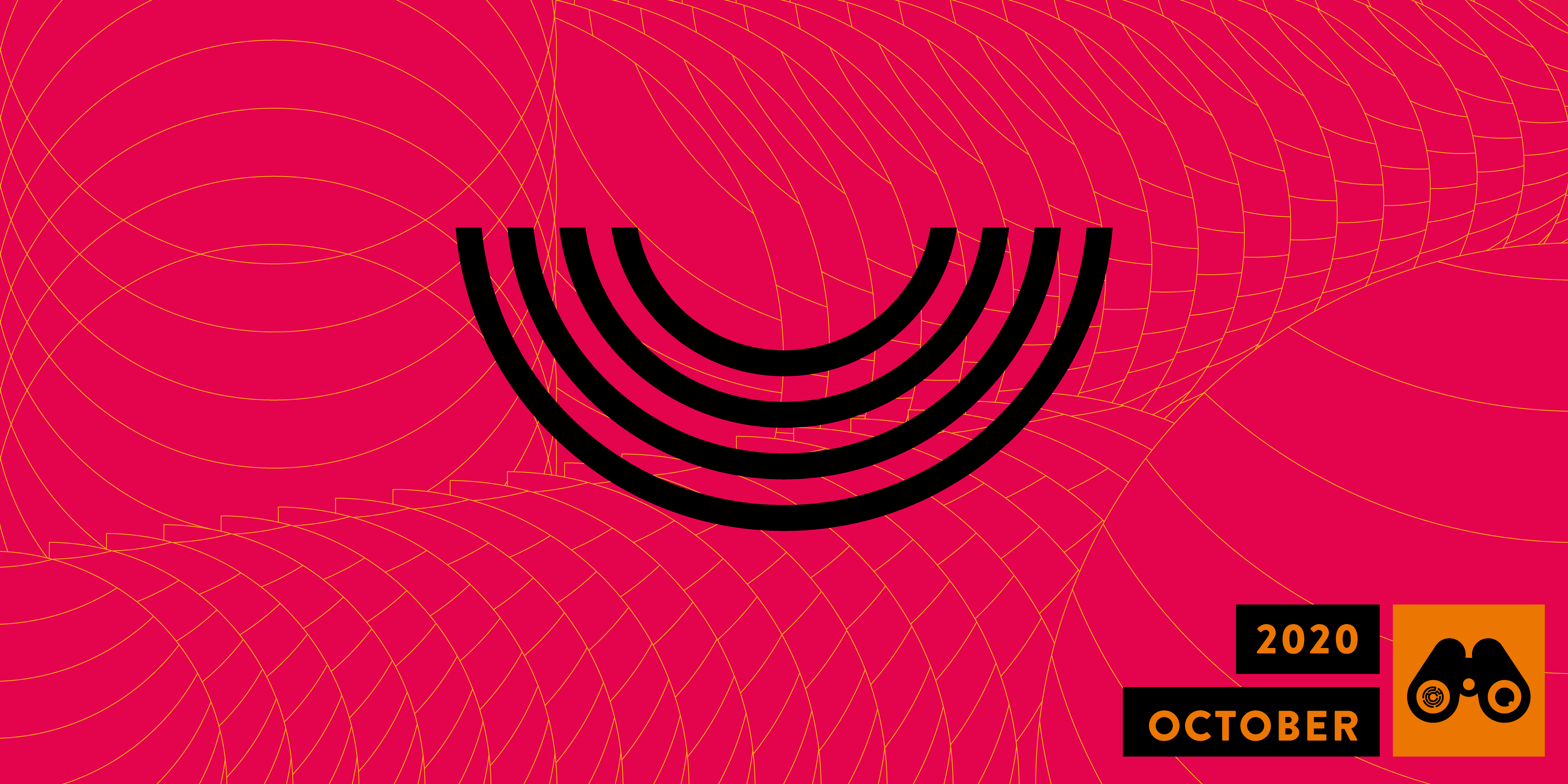 The publication of this month’s Policy Monitor coincides with the first anniversary of the violent crackdown during the November 2019 fuel price protests which broke out across Iran following the sudden announcement of fuel price increases.

As Iranians took to the streets across the country to make their voices heard, the country plunged into darkness as a near total internet shutdown was implemented, silencing the voices of protesters. According to Amnesty International, thousands of protestors were arrested, and at least 304 people were killed by security forces during the period of unrest. The brutal suppression campaign continued in the aftermath, and many families are still wondering about the fate of those who were arrested or disappeared after the protests.

These extensive human rights violations cannot be forgotten. Filterwatch will continue to highlight these injustices, in the hope that they will never be repeated. This shutdown has demonstrated once again the crucial importance of allowing a free flow of information to uphold freedom of expression, and to document and highlight human rights violations, especially during the most challenging times.

While we continue with our work on Filterwatch, to help release the rights of all Iranian citizens, we have also been working to develop resources to help Iranians be prepared for a future shutdown. The Iran After Dark platform contains information about tools that you can use to mitigate the effects of internet shutdowns, and information about how to prepare for and document shutdowns when they occur.

The Supreme Council for Cyberspace (SCC) released the text for the resolution on the “National Information Network Macro[-Level] Plan and Architecture’ resolution passed in September.

Contained under four articles, the resolution focuses on the following topics: Policies Governing the NIN, Operational and Strategic Goals on the Horizon for 2025 – which includes targets set in February – which are focused on further expanding and promoting the use of domestic services to make progress on the localisation of Iran’s internet, the architecture of the NIN (which are explained in the two diagrams shown below), and lastly, on the components of the NIN which are separated into infrastructure and services. The publication of the resolution once again demonstrated the Iranian official’s long-term commitment to the process of localisation of the Internet in Iran. 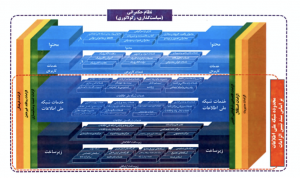 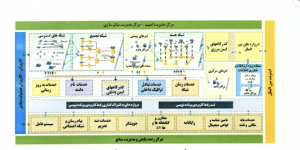 Technical Architecture of the NIN

According to a report on 24 October Masoumeh Pashaei Bahram – MP for Marand and Jolfa, member of the Parliamentary Mines and Industry Commision, and the Executive Council of Information Technology’s (ECIT) parliamentary supervisor – has been ‘banned’ from attending the council’s meetings. According to Pashaei Baharam, the decision to ban her came after she issued a warning to President Rouhani – who chairs the ECIT – that ‘given the current circumstances’ the agenda is focused on non-priority items rather than on more urgent issues such as ‘the integration of financial systems, as well as requiring transparency from customs, and uploading data in trading systems’. The Council has not commented on her suspension.

The ECIT’s main task is currently the development and implementation of e-Government services, although there has been much debate about the role of this Council following the termination of other councils operating in parallel with the SCC after 2015. Since the 11th Parliament commenced,  the parliament has taken a more critical stance on the government’s cyberspace policies, which they have criticised for what they view as lack of progress.

It was reported on 14 October the ICT Ministry handed a bill on “The Responsibilities of IT Service Providers” to the Cabinet’s Social Affairs and e-Government Commission for review.

The bill is reported to contain 42 articles on “methods of use and offering online information services”. It describes the responsibilities of ‘service providers’ and ‘users’ of such services. It contains a provision for information and data ‘service providers’ to be exempt from the ban on using satellite receivers. The bill also asks that service providers use ‘suitable equipment’ to protect user’s private networks and are required to provide encryption technologies to their users. The bill however also allows for the tapping, disclosure, and disconnection of private connections held within their networks, which will disclose users’ private information with the order of a ‘competent legal authority’, which looks to seriously undermine the aforementioned requirement to protect users’ private networks.

At the moment the bill appears to be under review by the cabinet. It will require cabinet approval before it is passed onto the parliament for review. However, it remains to be seen if this bill can pass this hurdle, as previous bills introduced by the ICT Ministry under Mohammad-Javad Azari Jahromi – such as the Data Protection and Privacy Bill – have failed  to secure swift cabinet approval in the past.

On 28 October Amir Khorakian, Deputy for Cultural, Social and Content Affairs at the National Centre for Cyberspace (NCC) announced the beginning of the second phase of state support for domestic messaging apps.

According to Khorakian, the support is in line with the Supreme Council for Cyberspace’s resolution on ‘Policies and Actions for Managing Social Messaging Apps’, passed four years ago, which sets out an action plan and policies for supporting domestic messaging apps to be actioned by various government organisations. He added that the second phase of support to domestic messaging apps will include: connecting them to internet service operators, allowing a share of  income from internet traffic revenue, providing dedicated free data centres, facilitating licenses for apps, adding e-Government services to domestic messaging apps, and creating systems for advertising apps and resolving legal and judicial issues, among others.

A number of internet disruptions were observed this month in Tehran as well as disruptions to a number of Internet Service Providers (ISP) across the country. Find out more about the details of these disruptions in our October 2020 Network Monitor.

Irancell Claims to Roll Out 5G Hotspots in Tehran ‘Soon’

On 20 October Bijan Abbasi Arand, Executive Director of Irancell, announced that the operator will roll out 5G network services in hotspots in Tehran. According to Abbasi Arand, the 5G pilot scheme has been launched in two hotspots, namely in Irancell’s main building and in the Telecommunications Research Centre. He added that two new, publicly accessible hotspots will be added ‘soon’.

On 20 October Digiato reported that the URL shortening website Bitly was inaccessible by Iranian IP addresses. Though the reason behind this was not immediately clear, it was believed that the website may have been filtered by Iranian authorities, specifically by the Committee for Determining Instances of Criminal Content (CDICC) given that the website had previously been filtered around two years ago, then unfiltered shortly after. There were suggestions and complaints that the website was being used by ‘criminals’ and in ‘phishing attacks’. The attribution to bitly could have been due to how the shortened URLs appear.

A few days later it was reported that Bitly was unfiltered and accessible once again. However, officials have not made any comments about this filtering decision.

Gambling Websites Can be Reported via Domestic Messaging Apps

On 18 October it was announced that gambling, betting, and phishing websites can be reported for “urgent and instant blocking” to the office of the Deputy Prosecutor for Cyberspace via domestic messaging apps such as Soroush, Aita, Gap and Rubika, and for ease of reporting by users by contacting the user @netreport via the messaging apps.

According to an announcement on 31 October from the Regulatory Organisation for Audio and Visual Media (SATRA), 15 websites and applications were ‘blocked’ following complaints received from the copyright right holder for the Iranian TV show Aghazadeh (آقازاده).

On 13 October Iran’s Computer Emergency Response Team (CERT), MAHER, confirmed a cyberattack on two ‘government organisations’ impacting their hardware and software infrastructure. According to MAHER, national warnings were issued to other government organisations, who made the decision to temporarily shut down some of their services. The source of the attacks was unconfirmed.

On 25 October reports confirmed earlier speculation that Mohammad Javad Shekuri Moghadam, the Managing Director of the Iraninan video streaming platform Aparat, had been sentenced to twelve years imprisonment by Judge Mohammad Moghiseh, at the 28th Branch of the Islamic Revolutionary Court.

The confirmation came following a statement released by Aparat to media outlets, though it appears that Aparat’s statement did not confirm the charge(s) behind the sentence. However, the released extract from the order suggests that along with Shekuri Moghadam, seven other individuals have also been sentenced, suggesting that the sentence is connected to a video uploaded on Aparat by a user channel known as ‘Gelofen TV’, where children were asked if they knew ‘how they were born’.

Shakuri has been sentenced to ten years imprisonment for ‘encouraging corruption’, one year for ‘propaganda against the system’ and one year for ‘publishing vulgar content’. The length of the sentence, and reference to Articles 639 and 742 of the Islamic Penal Code in the court order, as well as involvement of the Islamic Revolutionary Court, has led some experts to believe that there may be other charges in addition to the publication of this single video.

In any event, this case brings into question the responsibilities of platforms and hosting services in respect of user-generated content. Iran’s laws currently do not offer clarity on the issue of intermediary responsibility, however, Iran’s Computer Crimes Law does hold Internet Service Providers responsible for users accessing illegal content.

In this case, firstly clarity is needed regarding the charges for Apart’s Managing Director, as well as legal clarity and safeguards regarding the responsibilities of Iranian platforms for user-generated content. Though some organisations such as SATRA have supported the notion that platforms should not be held liable for all user-generated content, it appears that the SCC’s position is to hold platforms liable. Though it is unclear, in the case of this video. According to a statement from Aparat, the company will appeal the sentence. In any case it is clear that Iranian policy makers are seeking to implement the most efficient solution to limiting the freedom of speech of users in Iran, and it appears that delegating censorship of user generated content to platforms is their preferred method at the moment.