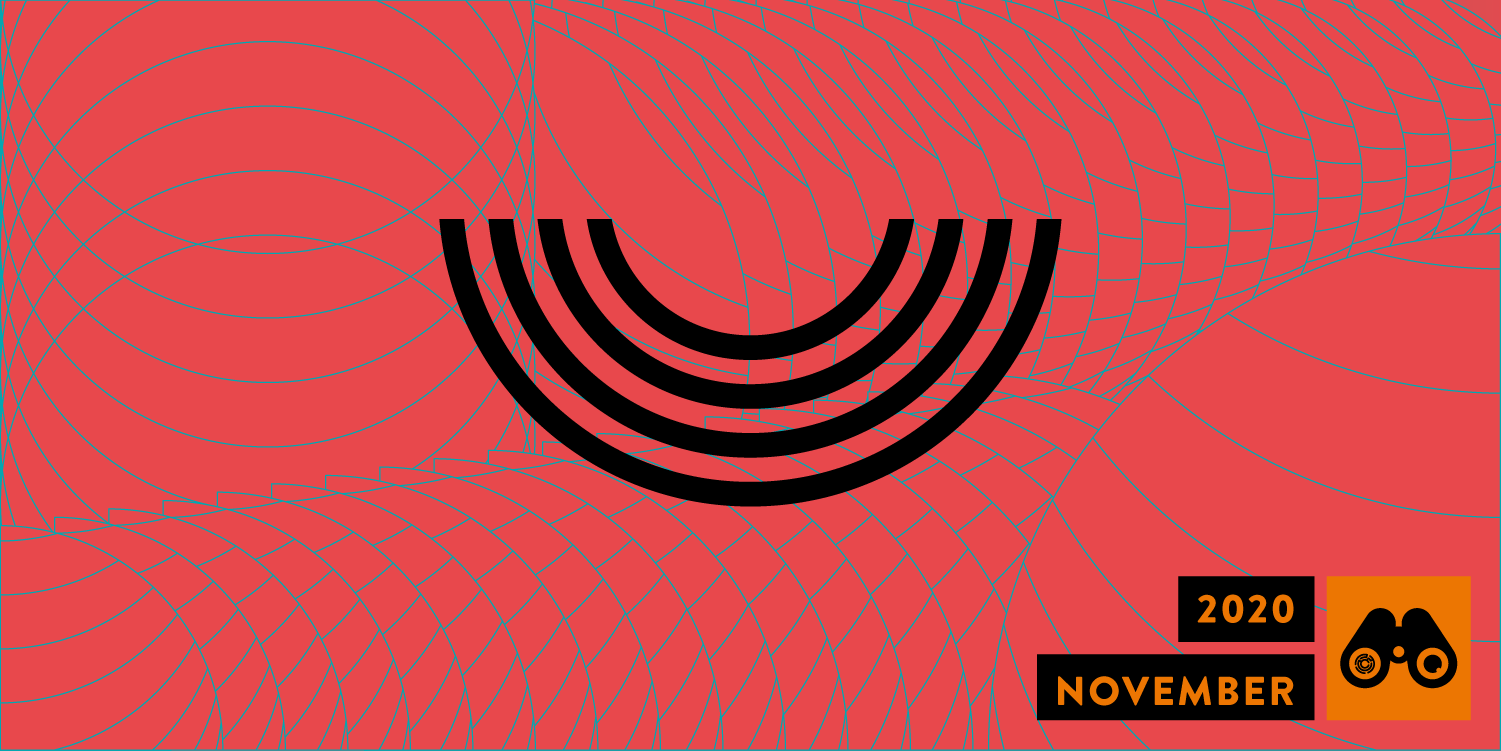 The Supreme Council for Cyberspace fails to meet for a second month as Majles appoints two MPs to the country's 'filtering committee'.

In November, the Supreme Council for Cyberspace failed to meet for a second month, while the Majles finally voted for two MPs to fill the two parliamentary seats in the Committee for Determining Instances of Criminal Content also known as the country’s internet filtering committee.

Conditions for Iran’s gig workers also made headlines as drivers for the Iranian food delivery app Snapp Food went on strike following disputes about their pay. You can also read our analysis on network disruptions and outages during November in our Network Monitor.

No Supreme Council of Cyberspace Meeting for a Second Month

For a second month in a row, there was no record of a meeting of Iran’s top internet policy making body, the Supreme Council for Cyberspace (SCC).

The SCC is required to meet at least once every six weeks. The mandate for the SCC – which was last renewed by Supreme Leader Khamenei on 5 September 2015 for a period of four years – has expired, and has not yet been formally renewed.

It was announced on 15 November that the two MPs sitting on the Committee to Determine Instances of Criminal Content (CDICC) were selected through a vote in Majles. Principalist MP Seyyed Javad Hosseini Kia and conservative MP Mohammad Bagheri received 108 and 93 votes respectively, out of a total 141 votes.

We have already written about how the arrival of the new MPs could change the dynamics of the CDICC given the tensions between the government and Majles.

On 9 November it was announced that Sadjad Bonabi, Deputy Chair of the Telecommunication Infrastructure Company (TIC) was appointed to the position of Deputy ICT Minister for Human Resource Development and Resource Management by ICT Minister Mohammad-Javad Azari Jahromi.

Bonabi appears to be close to ICT Minister Azari Jahromi who branded Bonabi ‘trustworthy’. During his time at the TIC he has been a supporter of the National Information Network (NIN)  deflected the responsibility for unfiltering Telegram and Twitter away from the ICT Ministry and onto the judiciary .

On 29 November the Parliamentary Research Centre (PRC) published a report titled ‘Evaluating the Rollout of Smart National ID Cards and Policy Recommendations’. In the report, the PRC deemed the rollout a ‘failure’. The smart biometric ID cards were introduced to be used for purposes of identification, authentication, and digital signatures. They are also often required to access certain government services.

According to the PRC, only the identification feature is currently being used and the other two features have not yet been implemented and activated by the relevant authorities, the main one being the National Organisation for Civil Registration (NOCR). The NOCR cited budgetary constraints and limitations caused by sanctions for the slow rollout according to the report.

The rollout of the cards began in 2012, and the Fifth Development Plan mandated that all Iranian citizens should be issued with the card. However, so far only 48m out of 62.5m eligible individuals have been issued with the card. The PRC recommended that despite the slow rollout of the ID cards, the NOCR must announce a timeline for when the rollout will be completed and they should look at domestic capabilities where sanctions and international restrictions are an obstacle. Alternatively, the PRC also recommended alternative electronic identity authentication without the reliance on national ID cards also be explored.

The biometric ID cards developed under this scheme pose significant privacy and security risks to individuals, as their application can be broadened by authorities to facilitate discrimination, profiling and mass surveillance. The enrollment process has reportedly also excluded religious minorities, including the Baha’i community. Additionally, these ID cards could play a major role in creating ‘digital identities’ for individuals, as per the SCC’s ‘Digital Identity Verification‘ resolution. This additional scheme could further undermine users’ fundamental rights online.

On 7 November the Communication Regulatory Authority (CRA) published its ‘Internet Quality Report’ for the first half of the Iranian year (March-August). The report contains breakdowns on internet service quality per province, details on various network technologies available in the country (such as ADSL,2G,3G, and 4G among others) and which Internet Service Providers are able to provide them and the quality of their networks. It also contained  statistics on internet penetration rates across the country. 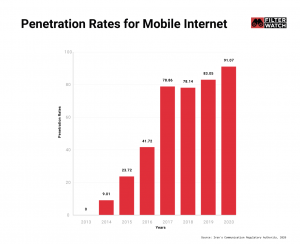 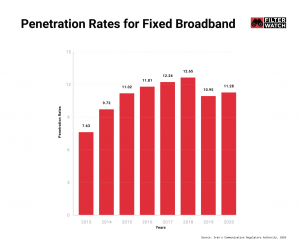 On 27 November, the Managing Director for the Telecommunication Company for Hormozgan province, Amir Yeganeh announced that there had been a 700km expansion of fibre optic cables in the province during the first six months of the current Iranian calendar year and that ‘a further 250km of fibre optic cables has been added to their work agenda’.

He added that 30 villages in the city of Roodan had received ‘high speed internet’ and that the ‘expansion of telecommunication services across villages and cities [in the province] is the first priority of the Hormozgan Telecommunication Company’.

During President Rouhani’s administration, the expansion of internet services to rural areas and villages have been a key part of realising the National Information Network (NIN).

On 16-17 November major network outages were reported across the country on the first anniversary of the November 2019 fuel price protests and the near total internet shutdown imposed across the country. According to Filterwatch sources the disruption was caused by a disconnection of an international fiber cable in Egypt. Local outages for Irancell users were also reported on 17 November in North Khorasan province.

The Director General of the Communications and Information Technology for North Khorasan, Ali Mortazavi claimed that the outage was due to a ‘technical issue’ which happened ‘during Irancell’s monthly power check’ causing network outages for Irancell  users in the province for several hours.

Our monthly Network Monitor has further details on network disruptions across Iran in the month of November.

On 24 November it was reported that Iran’s Cyber Police (FATA) had arrested a woman in Tehran for running a gambling website and using it to commit financial fraud. This year FATA has been focused on a crackdown against gambling websites, and has intensified its efforts to identify and arrest the individuals behind them. Our FATAwatch report has more details on FATA’s arrests and campaigns earlier this year.

Instagram Removes Posts Related to the Assasination of Mohsen Fakhrizadeh

On 29 November, two days following the assasination of Mohsen Fakhrizadeh – a senior Iranian nuclear scientist and a Brigadier General of the Islamic Revolutionary Guard Corps (IRGC) – Instagram users reported that posts relating to his assassination were removed from the platform for ‘breaching community guidelines’ relating to ‘violence or dangerous organisations’.

According to an unnamed source inside the Oil Ministry, the account suspension is linked to US sanctions. Zangeneh was sanctioned by the US on 26 October.

In an interview on 17 November Amir Khorakian, Deputy for Content at the National Centre for Cyberspace (NCC) revealed that the NCC had written to the Islamic Republic of Iran Broadcasting (IRIB) to voice their opposition towards TV programmes ‘promoting Instagram’ during their airtime. By ‘promotion’ Khorakian was referring to Iranian TV programmes sharing their Instagram handles during their shows, and asking viewers to engage with them via the platform.

Khorakian added that the priority for IRIB should be to support domestic platforms, and that IRIB should encourage the use of domestic messaging apps over foreign ones. He said that the NCC were looking into ways so that domestic apps could be promoted and used instead of foreign apps by national TV programmes.

The promotion of domestic apps and services is a major policy in Iran as these apps play a  significant role in the NIN, however, they pose major digital rights risks to users in Iran due to reduced privacy and security features. Our latest report on ‘Digital Rights and Technology Sector Accountability in Iran’ assesses the role of messaging apps in Iran and in upholding digital rights in the country as well as analysing their user security and privacy policies.

According to Mehr News on 1 November Shatel Mobiles is rolling out a ‘student service’ designed for younger school children. Once this service is activated on Shatel Mobile SIM cards, only approved educational websites as set out by the ICT Ministry will be accessible. The service can be reversed to regain ‘normal’ internet access.

Though the use of parental controls to monitor the internet use of children is a common concept, however, the fact the service offered by Shatel defaults to the ICT Ministry’s whitelisted content is concerning here. Allowing different sections of society different levels of access to the internet – including school children and university students –is part of the ‘layered filtering’ system which poses a major threat to digital rights in Iran.

On 30 November it was reported that drivers for the Iranian food delivery app, Snapp Food, had gone on strike. The strike came following the decision by the app’s management to move the drivers under the control of ‘Snapp Box’, another delivery service belonging to the parent company, Romak Communication Select Idea ( ایده گزین ارتباطات روماک), trading as Snapp. Should the decision be executed, it would mean that the drivers would be charged a commission on their delivery fees.

Employment rights and protections are a major concern for gig workers globally, and Iran is no exception. Given the political conditions in Iran, strikes can pose severe risks to participants. Additionally, Snapp Food holds a major share of the market for app delivery services in Iran, limiting options for both customers and its workers.

While some antitrust laws exist under the Iranian constitution, they have not been applied in the context of startups, allowing for the creation of effective monopolies. In September, the SCC passed a new resolution titled ‘Policies and Requirements for Supporting Competition and Combating Monopolies in Cyberspace Platforms’, which is set to ‘encourage competition and prevent the formation of monopolies in cyberspace through transparency’. The application of the resolution has been allocated to the Competition Council, however, so far, there is no evidence of the resolution being applied. The resolution itself is deeply problematic, however, potentially opening the door to grant greater state access to data held by the private technology sector, and further restricting the operations of international platforms.