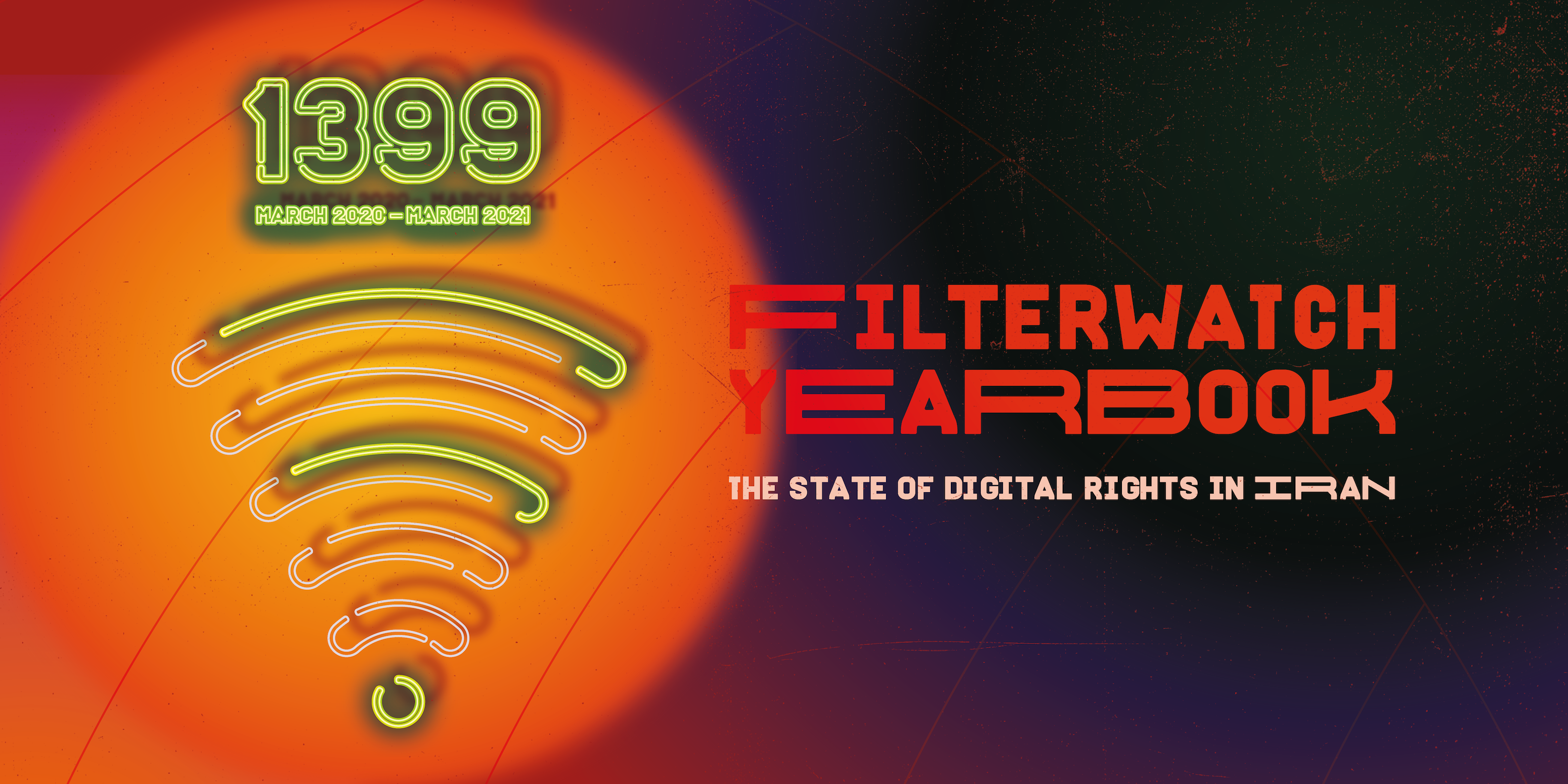 Welcome to the second edition of the Filterwatch Yearbook, covering the Iranian calendar year 1399 – extending from 20 March 2020 until 20 March 2021.

It perhaps comes as little surprise to say that in Iran, as in the rest of the world, this year was dominated by the spread of the COVID-19 pandemic, which had already taken 1,433 lives at the time of the Nowruz holidays. By the end of the year, a confirmed 61,742 lives had been lost to the pandemic (although the real death toll could be significantly higher, according to a member of Iran’s Supreme Medical Council), and the country had been battered by a series of halting, stop-and-start lockdowns that struggled to suppress its spread.

As well as driving the closure of public spaces, the pandemic in Iran has also had the effect of ushering in a period of intense closure of the online public realm. Over this period, state authorities have radically expanded restrictions imposed on free expression online, in the name of combatting “disinformation” and “fake news”. In reality, journalists and citizens have been targeted for expressing legitimate concerns about the state’s handling of the pandemic, while figures such as Supreme Leader Ali Khamenei have continued to spout conspiracy theories about the United States’ deployment of “a special version” of COVID-19 against Iran.

At the same time, Iran’s digital infrastructure has been put to the ultimate test, and has been found wanting. The mandatory uptake of distance learning and working across Iran highlighted the gaps and  inequalities that still persist doggedly across the country’s marginalised, rural (and generally ethnic minority-inhabited) border provinces. The effects of these inequalities were particularly felt by vulnerable children in these communities, who missed out on access to crucial learning resources.

This was also the last full calendar year of Rouhani’s presidency. Although his government is isolated, and faced a hostile, conservative-dominated Parliament from February 2020, a number of new resolutions and policies have nonetheless emerged from the Supreme Council for Cyberspace. All of these new policies have confirmed Iran’s commitment to its vision of a hyper-localised and tightly controlled internet, in which sophisticated information control mechanisms such as its “layered filtering” regime create a divided and hierarchical population of internet users.

This report details how Iranian authorities have ruthlessly exploited the pandemic to exert control over online space in Iran, while taking major strides towards the realisation of their long-term National Information Network project. Although the Rouhani era is nearly at an end, his administration’s main achievement in the field of ICT – the near-total completion of the NIN’s technical and policy infrastructure – will lay the groundwork for future administrations to exert ever greater control over Iranian internet users’ online speech, and ever more access to their most sensitive personal data.After a challenging year, Iranians deserve a brighter vision for what their online public spaces could be – spaces that allow for the free exchange of ideas, for social and political mobilisation, and for the expression of identity without fear of surveillance or retribution. Disappointingly, it looks as if none of the candidates for the upcoming presidential elections in June will be capable of offering such a vision. Regardless of the outcome of the upcoming election, Filterwatch will continue to monitor and assess the evolution of internet policy in Iran, and its impacts upon digital rights in the years ahead.