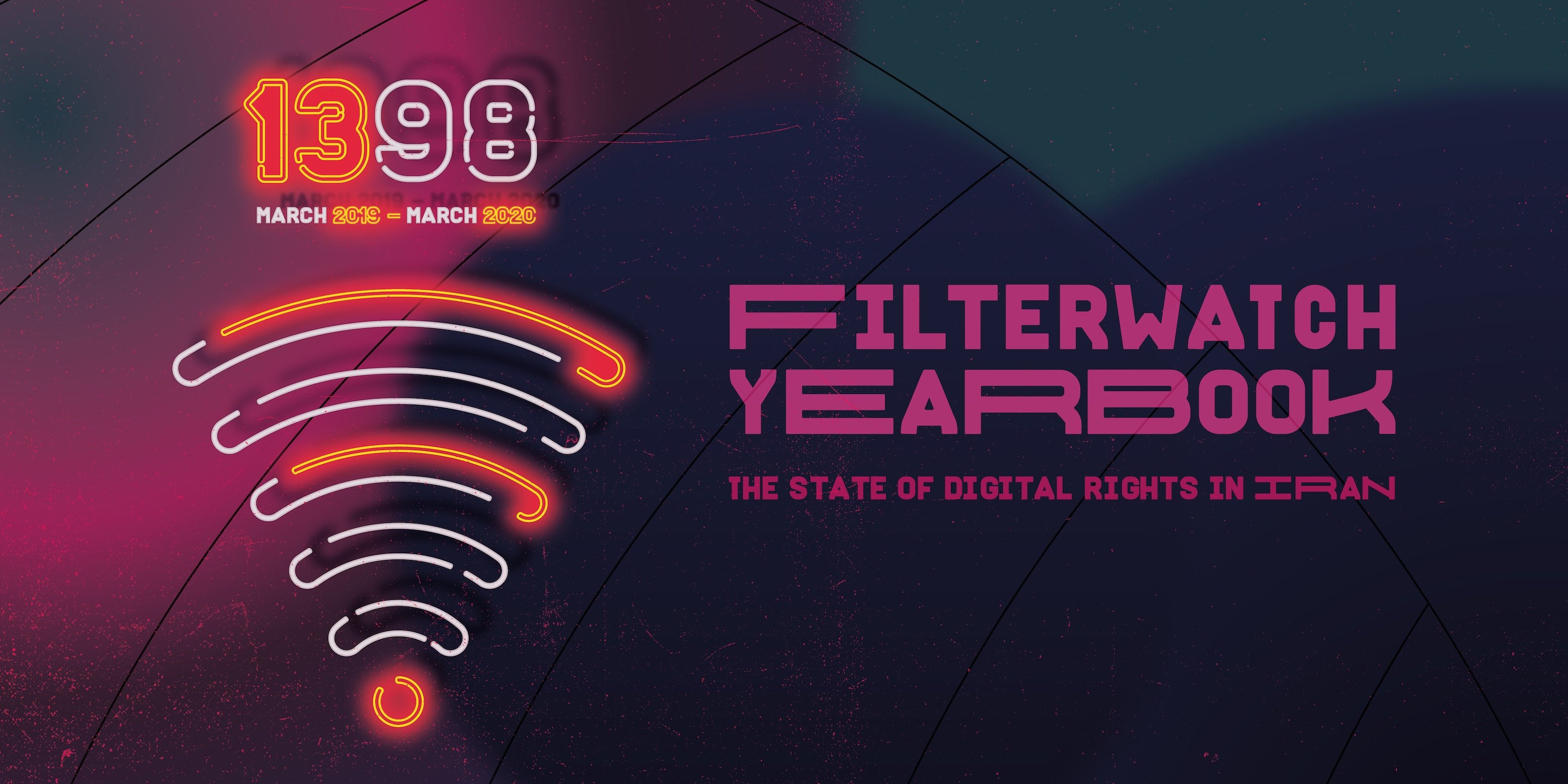 Welcome to the inaugural edition of the Filterwatch Yearbook. This is the first in a series of yearbooks documenting important developments shaping the Internet in Iran. The first two volumes of this series are being published together in June 2021, and cover the Iranian calendar year 1398 (March 2019 to March 2020) and 1399 (March 2020 to March 2021).

We decided to start by publishing our issue covering the Iranian calendar year 1398 as although over a year has passed since the reporting period, this was one of the most critical years in the shaping of the Iranian Internet. Iranian authorities imposed a major Internet shutdown in November 2019 in order to provide cover for a brutal crackdown on protesters, who had spilled onto the streets after a sudden announcement of an increase in fuel prices. This crisis shocked Iranians and the world, with the authorities’ brutal response leaving at least 304 people dead, and many more injured or arrested.

Not all of the year’s major developments were so visible, however. Iranian policy-makers also drove forward a number of important policy developments which we believe may shape the future of the internet in Iran, and eventually result in a complex system of “layered filtering” in the coming years.

This inaugural report has been divided into two parts; the first will focus on policy developments, infrastructural changes, and the practices of a range of actors which have shaped digital rights in Iran. We specifically focus on themes of surveillance, censorship, and digital inclusion.

In the second part, we have sought to contextualise these major themes and delved into how these developments affect the day-to-day lives of internet users in Iran. By taking a closer look at issues such as data security and media plurality we hope to emphasise the impacts of Iranian policy-makers’ decisions on the digital rights of Iranians.

Our aim is that this series will help digital rights researchers, human rights advocates, technologists, and those committed to advocating for an open, free and secure internet in Iran to better understand the ever-growing, complex and important realm of Iranian internet policy-making.

The second edition of the Filterwatch Yearbook – covering the Iranian calendar year 1399 (or March 2020 – March 2021) – is available here.

New developments look to advance the implementation of "Layered Filtering" and further incentives attempt to draw users towards domestic apps.