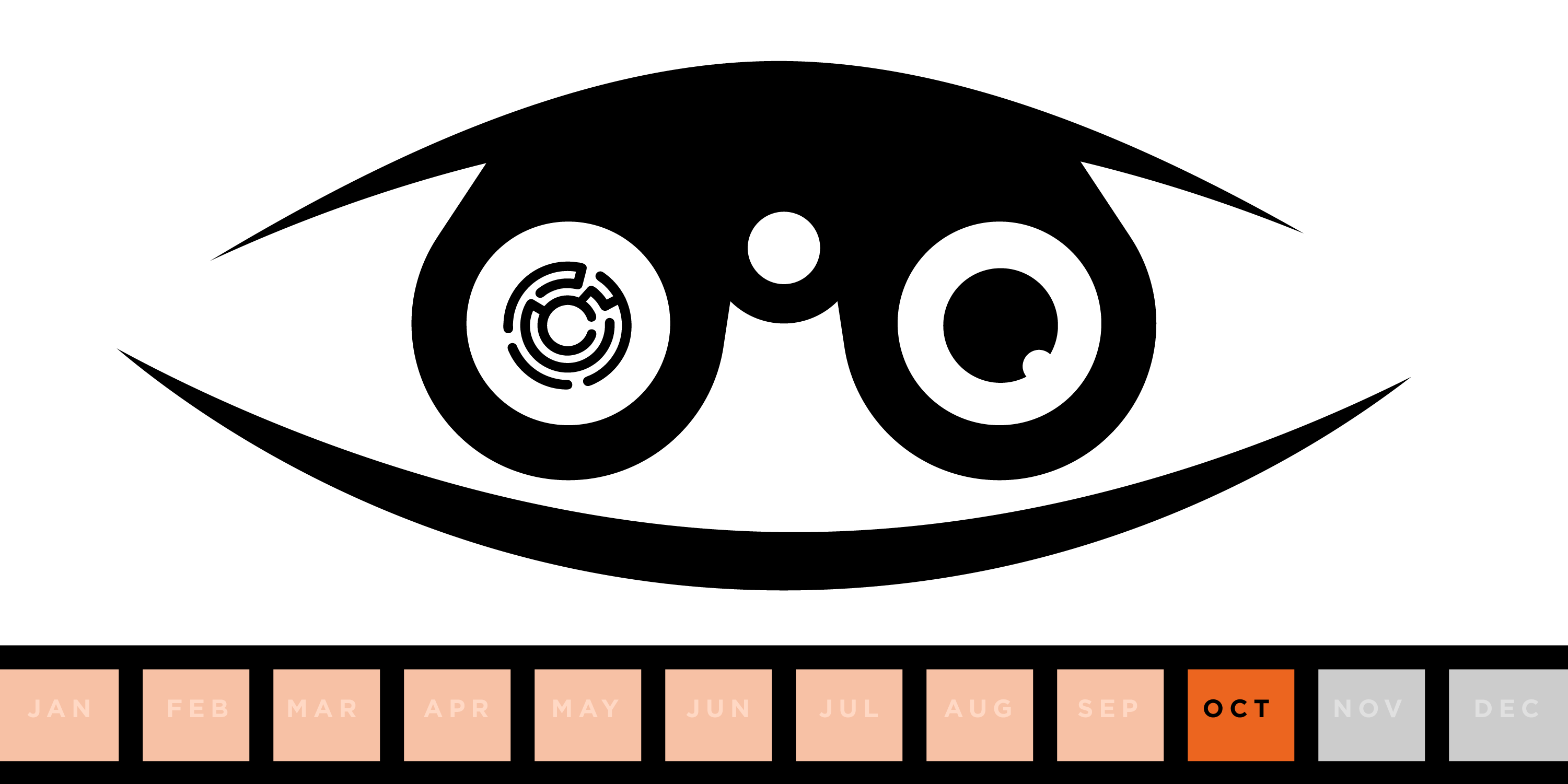 This month, Filterwatch assesses the publication of Iran’s worrying new plans for citizens’ online ID, as well as its ongoing crackdown on dissidents and Instagram influencers.

October was a significant month for digital rights in Iran. The implementation of the “layered filtering” system gained new momentum, with the text for the “Valid Identity System in Cyberspace” resolution finally being published almost two months after it was passed by the Supreme Council for Cyberspace, revealing plans for creating multi-level online IDs verified by the ICT Ministry. Without these verified IDs users will not be able to take part in any online activities. The resolution also reveals that many more legal and policy instruments planned to be presented in the following months will implement verified online identities, effectively putting an end to online privacy in any meaningful sense.

This month also saw the arrest of Ruhollah Zam, the administrator of the high-profile, anti-government Telegram channel Amad News, by the Islamic Revolutionary Guard Corps. The IRGC subsequently took over his Telegram channel. While much speculation and hype has surrounded the circumstances of his arrest, once again Telegram has failed to react appropriately and respond to the privacy threat posed to the channel’s subscribers and active users.

We have been reporting on the suggestion of “layered filtering” since the term was first used by ICT Minister Mohammad Javad Azari Jahromi in December 2017. We described what this system might look like in reality, with different levels of internet restrictions being imposed on citizens based on their professional status and/or identities.

For some time, the only legal instrument for realising this system has been the ‘Valid Identity System in Cyberspace’ resolution, which was passed by the Supreme Council on Cyberspace (SCC) on 23 August 2019. The resolution was published publicly for the first time in October.

In summary, the resolution calls for the following;

Once implemented, this system is set to vastly expand the Iranian government’s surveillance powers, limiting user privacy to an unprecedented extent. It is important that civil society is properly informed of the upcoming changes so that they can effectively mobilise against them. As such policies are implemented, more work should be undertaken to raise citizens’ awareness about the risks they pose to their digital rights, as well as potential ways to mitigate them. We will continue to monitor developments as they emerge.

On 26 October, Hamid Fatahi, a Deputy ICT Minister reported that the Ministry has provided a list of online VPN vendors to the NCC.

He commented that although the ICT Ministry has been under pressure to combat the use of VPNs, no legal instruments have been available to charge and prosecute the sellers, allowing them to operate freely online. He added thatIran’s Cyber Police (or FATA) have not yet been called to identify their IP addresses, or to take further action.

It seems likely that the sale of VPNs that the judiciary may call on the ICT Ministry or another institution to regulate the use of VPNs — which would be in line with the developments around “layered filtering” where the government can authorise the sale of VPNs to certain individuals and monitor their use.

Though most Iranians use VPNs in order to circumvent content filtering, they are also important tools in protecting online activity and identity. The large-scale uptake of government VPNs therefore poses a significant threat to citizens’ privacy online, about which public awareness must urgently be raised.

On 30 October, the Communications Regulatory Authority (CRA)’s Deputy Majid Haghi stated that telecommunications service providers are only permitted to provide services to Iranian citizens once their postcode and National ID number has been verified. He added that service providers would be found liable for any non-compliance identified by CRA inspectors.

Given the total lack of legal privacy protections in place in Iran, these requirements will leave users’ data and information vulnerable to misuse, surveillance and even prosecution by state actors, an issue which policy makers must address without delay.

As we reported in August, Jahromi announced a sign-up scheme for journalists to receive “free internet” for a year as a gift from the ICT Ministry as per President Rouhani’s announcement on “Journalist’s Day”.

On 22 October, a spokesperson for the ICT Ministry stated that the Office for News Outlets at the Ministry of Culture and Islamic Guidance has now provided a list of journalists who failed to sign-up for the scheme has been provided to the ICT Ministry who will also have their “free internet” activated over time.

There has been a continuing trend of the ICT Ministry bringing itself closer to news outlets, especially with recent visits of major news outlets by a Ministry official and the “free” gifts to journalists.

Whether this is to increase cooperation between the ICT Ministry and the national media or to raise the profile of the Ministry remains to be seen, but it seems like the ICT Ministry’s influence is beginning to spread to news outlets. Another concern is that given that even journalists who have not opted for the “free internet” have been included in the scheme that is administered and monitored through the ICT Ministry, there is a threat that their activities and data will be more easily and closely monitored.

This month, Jahromi has been extremely vocal in his criticism of “fraudulent” Value Added Services (or VAS). These are services provided in addition to the standard content provided by operators, including games, competitions, and music downloads, among others, and — which can be subscribed to via SMS. These services incur an additional charge on top of the user’s standard data package, leading to heavy and continuous charges, sometimes made without the user’s knowledge.

Discussing the subject heavily on Twitter this month, Jahromi stated that he had gained the support of the Majles and telecommunication operators in order to provide users with refunds for “fraudulent” VAS charges. According Jahromi’s post on Instagram, over 1 million complaints from users regarding VAS charges had been sent to the Judiciary.

Despite the fact that Jahromi has framed this as his personal effort to increase transparency and to grant people their “rights”, the scheme’s legal basis is yet to be formalised as of October. In recent months, Jahromi’s influence over telecommunication operators has become increasingly apparent. Last month, there were apparent traces of his interference in the appointment of the Managing Director of the telecommunications company RighTel, where Jahromi served as a board member before being appointed as ICT Minister.

According to a 13 October statement from Khuzestan Province’s Director for Telecommunication and Innovation Ali Saleh Nasaj 27 mobile and landline telecommunication sites have been set-up near the Iran-Iraq border to provide better communication services to Arbaeen pilgrims heading to the city of Karbala in Iraq.

According to Nasaj, agreements have been reached between Iraq and Iran to provide pilgrims with discounts for roaming charges.

Iraq has been a long-standing regional partner for Iran’s ICT sector. In recent months, Jahromi has been increasing his efforts to improve and increase relations with Iran’s neighbours, with Iraq proving a major partner for collaboration and trade in this area.

In September the SCC refuted ICT Ministry claims that only between 40–60% of Iran’s internet traffic is routed via external hosts, with the real figure placed at around 80%, according to ISP data provided to the SCC.

On 23 October, Deputy ICT Minister Amir Nazemi stated that the Ministry has asked the SCC to assess the ICT Ministry’s claim that 43% (and 47% during “peak times”) of internet traffic is being routed via internal hosts. He claimed that the figures could be confirmed technically by the ICT Ministry.

The Ministry has a track record of publishing impressive statistics relating to the development of the National Information Network (SHOMA), many of which cannot be easily verified. The current dispute between the ICT Ministry and various other organisations on this question demonstrates the close attention paid to the pace of SHOMA’s development, and its central importance to the government.

Judiciary Orders the Filtering of the Google Play Store

On 9 October, the judiciary sent a formal letter to telecommunications service providers ordering them to block the official Android app store Google Play “as soon as possible”. The reports, which have spread through social media, have yet to be confirmed by state officials, however users have reported difficulties accessing the Google Play Store without using aVPN.

The letter was signed by Javad Javidnia, who serves as both Iran’s Deputy Prosecutor General responsible for Cyberspace, and the Secretary for the Committee for Determining Instances of Criminal Content (CDICC). This move is consistent with the authorities’ strategy to push internet users to use home-grown Iranian apps and services while limiting the availability of international services.

On 3 October Mehr News reported that a number of Iranian websites offering free movie downloads (such as Tiny Moviez) were blocked. Following complaints by the public, Jahromi went onto tweet that the decision came from the Judiciary and that he had no involvement in it.

It was later reported that the move was to protect intellectual and material property rights of content creators. Other state news outlets have reported that that the Judiciary’s decision was motivated by complaints from other fee-based streaming services such as Filmio, and to reduce competition for domestic service providers. This decision was not explained by the Judiciary.

The Iranian dissident Ruhollah Zam, who gained a large following through his anti-government Telegram channel Amad News, was reportedly arrested by the Islamic Revolutionary Guard Corps (IRGC). The circumstances around Zam’s arrest remain unclear, with a wide range of speculative theories being offered online as to how he was arrested, and where.

Crucially, Zam’s Telegram channel — which boasted more than 1 million subscribers at the time of his arrest — was seized by the IRGC. Subsequently the IRGC used the channel to post notifications about his arrest. The details of channel subscribers are now exposed to the IRGC and Iranian authorities, who may now be vulnerable to identification and arrest.

Rumours about the subsequent lifting of the filtering of Telegram began circulating following Zam’s arrest, but were later quashed by the NCC.

Telegram has not reacted publicly to the news, or published any advice to channel followers who might have had their personal data exposed as a result of the incident.

Another Arrest and Televised “Confession” of High-Profile Instagram Influencer

According to Tasnim News, on 23 October, the famous Instagram Iranian influencer known as “Sahar Tabar” was arrested by the order of the “Guidance” branch of the Prosecution Service. Her arrest was part of a wider crackdown by FATA in collaboration with the judiciary. She has been charged with “disturbing public peace, encouraging immoral behaviour, and promoting violence” among other charges.

Following her release, an anonymised “Sahar Tabar” appeared on state television to confess to her “criminal” and “immoral” behaviour. The influencer originally gained fame on Instagram for her surgically and digitally altered appearance, designed to resemble the animated character “Corpse Bride”.

“Sahar Tabar’s” forced confession on state television appears to have been orchestrated as a warning to others to refrain from engaging in an “attention seeking” online presence, with the segment concluding with the phrase “cyberspace destroys lives”.