While no major disruptions were observed in September, a number of smaller disruptions affected Iranian internet users, including users reporting localised mobile data disruptions in the south of Iran, including in Hormozgan province, and the districts of Konarak and Zarabad in Sistan and Baluchestan province.

This month, Filterwatch received several reports of Internet shutdowns from its users based in the city of Konarak in Sistan and Baluchestan province, as well as from users in several cities across Hormozgan province, which borders Sistan and Baluchestan. On 1 October a local news website, Rasad-e-Balochistan confirmed an internet blackout in the city of Konarak on 30 September and that despites complaints from users “no attempt was made by the authorities to resolve the issue.” 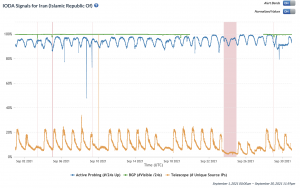 Data provided by Arvan Cloud’s Radar suggests that the disruptions mainly affected access to Instagram on 30 and 1 October. 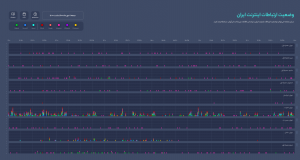 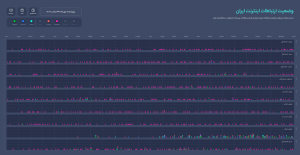 Filterwatch has also been informed that a number of Iranian users complained of widespread disruptions to circumvention tools, in particular those using paid service in Iran. The disruptions are said to have been most prominent in early and late September.

On September 29 numerous Iranian Twitter users complained of internet disruptions and slow speeds. A Twitter user posted a lengthy list of proxies they had to use in order to connect to Telegram and added that the extended disruptions were impacting their ability to work and income.

Despite reports of near total Internet shutdowns were received by Filterwatch in Iran’s southern regions, IODA data mainly indicated disruptions mainly in northeastern provinces of Iran, such as North Khorasan, Razavi Khorasan, Kurdistan, and Kohgiluyeh and Boyer Ahmad in the west of the country. 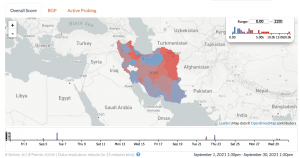 This AS serves one of the largest internet providers in Iran. The disruption on AS42337 primarily affected users in Razavi Khorasan and Kurdistan provinces,although also affected users in Kohgiluyeh and Boyer Ahmad, Kerman, Esfahan, Mazandaran, Qazvin, Semnan, Kermanshah, and Alborz to a lesser degree. 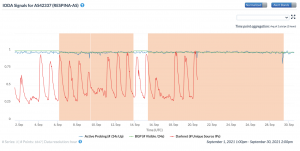 This is a local ISP in the city of Rasht. The disruptions on their network affected users in East Azarbaijan.

This is one of the oldest and largest ISPs in Iran. The disruptions on their network affected users in Tehran. 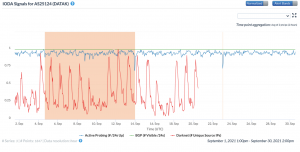 The TCI is one of Iran’s main internet providers, and these minor disruptions affected users nationwide. 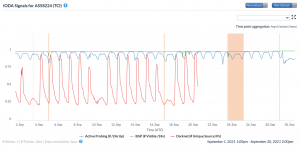 This is a local ISP in Tehran. The disruptions on their network affected users in Tehran. 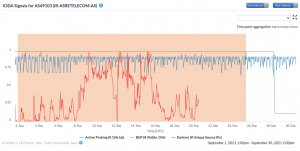 This AS belongs to the third most widely used mobile phone network operator in Iran. Disruptions on AS57218 affected users in Tehran intermittently over the entire month. 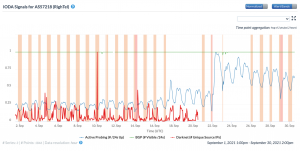