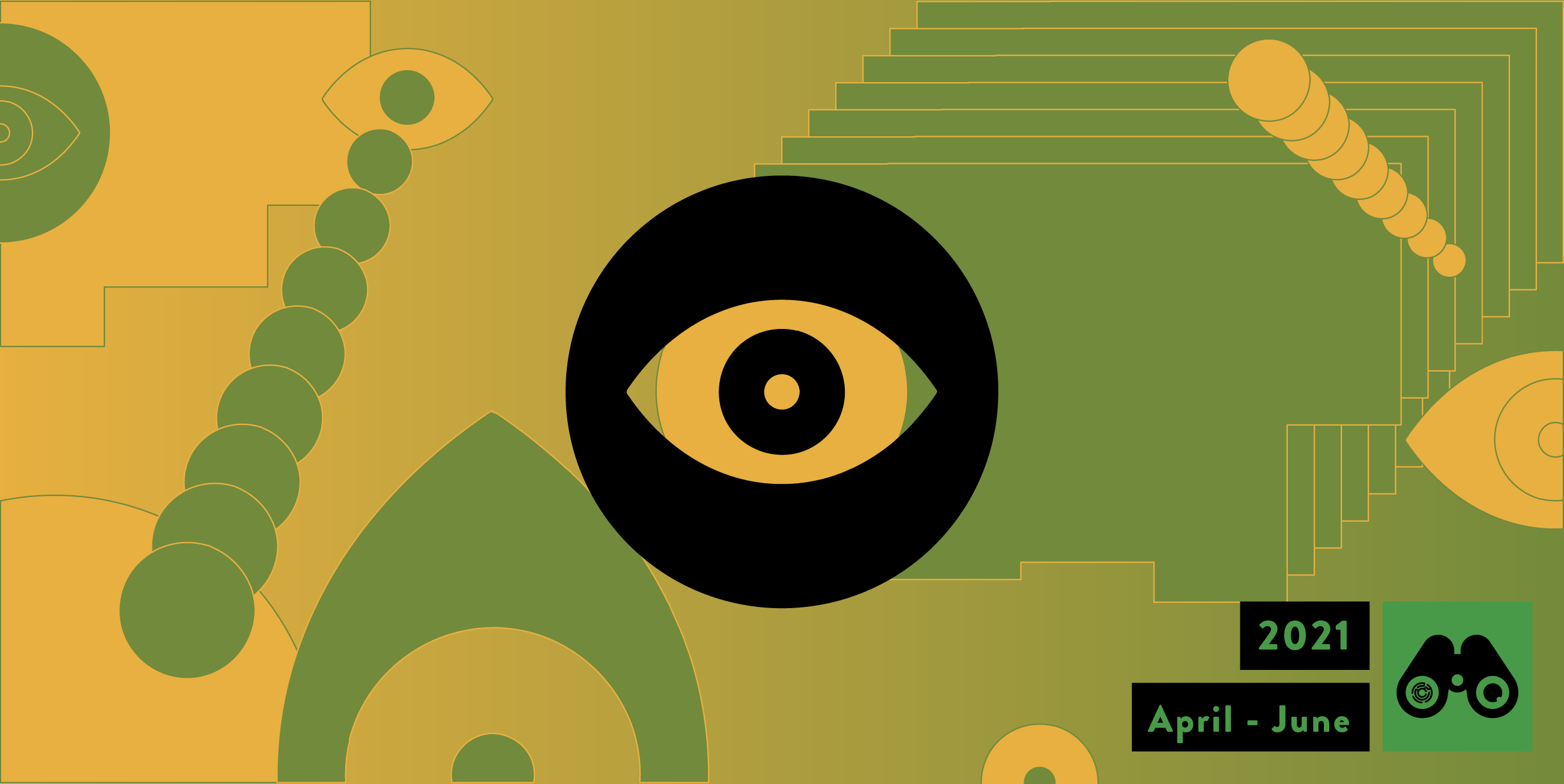 This edition of FATAwatch covers the second quarter of 2021, which falls between April to June 2021. The coverage period coincided with Iran’s presidential elections held on 18 June, which resulted in a win for Iran’s then Head of the Judiciary, Ebrahim Raisi. Public engagement with the election was limited, resulting in a historically low voter turnout of 48.8%. Raisi’s election win has caused major concern for human rights activists and organisations in light of  his involvement in a “death commission” which ordered the execution of thousands of political prisoners in 1988. A number of Human Rights organisations have called for an investigation into his role in the executions following his arrival in office.

The lack of public interest meant that the election process went ahead without any major incidents and internet disruptions, apart from a localised internet shutdown in the city of Yasuj in Kohgiluyeh and Boyer-Ahmad Province. Despite the seemingly calm election period, a number of arrests were made by Iran’s Cyber Police, FATA, in connection with the “publication of false information and rumours” online relating to the elections and the presidential candidates.

During this period there were a large number of arrests in connection with the production and publication of “immoral and vulaguar” online content. These vague charges were used by FATA Police to target individuals for posts and content on personal social media pages  deemed to be “against social norms”, as well as accounts using social media for commercial purposes such as the promotion of  products and services. Instagram and Telegram continued to be the platforms with the most number of mentions, unsurprising given their large user base in Iran, despite authorities efforts to promote the use of domestic alternatives.

There were also a few cases of arrests in connection with bitcoin mining and cryptocurrency sales during this quarter. The arrests come as in May this year, former President Rouhani placed a ban on cryptocurrency mining for four months.

Online betting and gambling also continued to be a focus for FATA Police as a number of administrators behind the websites, as well as those promoting them were identified and arrested. There were also a number of reports of gambling and betting “networks” with high financial turnovers during this quarter as being identified and “disbanded.”

Publication of “False Information and Rumours”

On 5 April political prisoner and activist, Zohreh Saroo, served a sentence of 74 lashes, which had already been paid off as a financial fine instead, prior to being released on furlough from Gharchak prison. According to the women’s rights organisation, Bidarzani, Saroo was threatened to “have her furlough revoked” if she did not serve the lashings. Saroo was sentenced to three years imprisonment for “insulting the leadership and anti-government propaganda” as well as four months of “effective work” for Basij forces and “studying the interpretation of Surah -Al Hujurat” for her online activities, includging on Instagram.

According to a tweet on 22 April  from Mohammad Ali Kamfirouzi, an Iranian lawyer based in Iran, posted a copy of a court order for 36 lashes for two of his clients for “publishing false information with the aim of disrupting public opinion” on the messaging app Telegram.

According to Kamifirouz, his clients, Milad Nazari and Shabir Hosseini Nick, received an  “unlawful sentence” for publishing “critical statements on a university Telegram channel.” Kamifirouz added that the sentence “is not prescribed by law” for a charge of publishing “false information.”

According to the Human Rights News Agency (HRANA), on 18 May, Rouzbeh Piri, an Azerbiajani Turk activist was issued a fine of 50,000 IRR for “publishing false information online.” The fine relates to Piri’s online post in relation to the “mistreatment and toruture” of his brother who had previously spent time in prison.

According to HRANA on 13 June a man was arrested in the city of Ahvaz in Khuzestan province and was taken to an unknown location following videos of him circulating on social media alleging that Ebrahim Raisi’s Election Headquarters had been forcing sellers at the fruit and vegetable market to “make forced donations to the campaign.”

On 19 June FATA Police reported the arrest of three people for publishing “false news about election candidates” online. FATA Police also added that the people arrested “admitted” to their crimes during the investigation, including “disrupting public opinion” and “questioning the legitimacy of the elections” using “old and edited photos” as well as “spreading rumours.”

On 8 April FATA Police for South Khorasan province reported the arrest of the administrator of an Instagram page selling clothing and accessories using “illegal” adverts which went against “social norms.”

On 13 April it was reported that a “special FATA Police task force” arrested an undisclosed number of people behind the production and publication of security camera footage showing “scenes of theft and robbery of cars and mobile phones”. According to FATA Police, the group also recreated “scenes of murder and physical altercations in public.”

The next day on 14 April FATA Police for Yazd province reported the arrest of the administrator of a Telegram channel which published links to “vulgar groups and channels on Telegram.”

On the same day, a woman was arrested in Pardis, Tehran, for posting photos of her piercing work on Instagram in order to gain customers for her business.

On 17 April the Head of FATA Police for West Azerbaijan stated that an individual was arrested for sharing “immoral content” on Telegram.  Also on 17 April it was reported that a person was arrested in Ardabil province for producing “challenge videos” and posting them online.

On 26 April FATA Police for the capital city of Tehran arrested the administrator of an Instagram page for posting “immoral images.”

On 16 May one person was arrested by FATA Police in Ilam province for posting “private photos of teenagers and young people in inappropriate and immoral contexts” on Instagram.

On 14 June Elaheh Adimi, a journalist based inside Iran tweeted that Iranian artist Ali Mirzaei had been arrested and there was no information on his whereabouts. According to Adimi, he was arrested for posting his artwork on Instagram which included “radical and critical paintings on bank notes.” All of Mirzaei’s Instagram posts have been removed from his page. There is currently a single post on Mirzaei’s Instagram stating that the page has been “blocked following illegal activities.”

On 16 June FATA Police for Gilan province reported that a number of people were arrested in connection with publishing “immoral photos and videos” relating to “massage therapy.”

The next day on 17 June FATA Police for South Khorasan reported the arrest of an individual behind the sale of “immoral videos on Instagram.”

On 29 June an undisclosed number of people were arrested by FATA Police for Semnan province for publishing “immoral videos” and sharing them on WhatsApp.

FATA Police for South Khorasan province reported the arrest of an individual on 11 April for “advertising gabmling and betting sites’” via a Telegram channel.

Alsp on 11 April  in the capital city of Tehran, FATA Police reportedly arrested the administrators of two Telegram channels “with 700,000 followers” which “promoted gambling and betting sites.”

On 27 April FATA Police for Kohgeluyer and Boyerahmad reportedly arrested three people behind a betting website which “enticed teenagers and younger people ” into taking part in online betting and gambling.

On 1 May Iran’s Head of FATA Police Vahid Majid announced that “three gangs behind a number of betting and gambling sites” were identified. According to Majid, 34 people were arrested in relation to their activities in these “gangs.” He added that the networks had an estimated 21,650 billion IRR.

On 19 May FATA Police for Eastern Tehran reported the disbanding of a five person “online betting and gampling gang” and the arrest of a man and a woman in connection with the network.

On 24 May an undisclosed number of people behind a betting website in north Tehran were arrested and had their electronic devices confiscated.

On 31 May two people were arrested by FATA Police in Bushehr province for “committing fraud by selling and buying cryptocurrency.”

On 7 June FATA Police for Lorestan province reported the discovery of a “Bitcoin mining farm” in Khorramabad. One person was arrested and 36 “mining devices “ were confiscated following the discovery according to FATA Police.

Sale of Fake or Unlicensed Medications

According to the country’s Head of FATA Police, Colonel Vahid Majid on 2 June “over 500 cases” in relation to “fake or unlicensed medications” were identified as part of “Operation Panjia 14.” According to Majid, 50% of the cases were found on Instagram, 17% on Telegram, and  30% were related to advertising websites.

On the same day FATA Police for Tehran reported the arrest of the administrator of a Telegram channel with 189,000 followers attempting to sell “rare and hard to find medications.” According to FATA Police the person had 54,000 of such medical items with them.

On 8 June the administrator of another Telegram channel was arrested by FATA Police in the capital city of Tehran for attempting to “buy and sell fraudulent COVID-19 medication.”  According to FATA Police the person had “over 300 of such medical products.”