Extensive Internet shutdowns and platform disruptions in Khuzestan set the scene for a deadly crackdown on protests in the province. 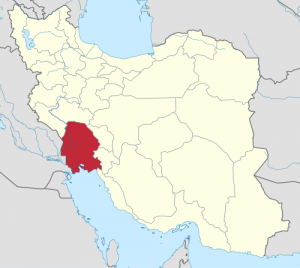 On the evening of July 15, reports emerged of protests breaking out in a number of cities across the southwestern Province of Khuzestan, due to an ongoing water crisis in the province. Protestors were met with a violent crackdown from the authorities. At least eight people have been killed according to Amnesty International and dozens more injured; the Human Rights News Agency (HRANA) has so far identified 361 people as having been arrested in connection with the protest. These numbers are likely to increase as further information becomes available.

On 18 July, based on an order issued by local authorities, mobile data was cut off between ten minutes and up to several hours in neighbourhoods where protests were taking place.

On 19 July, as protests spread to other cities and districts of the province, throttling (the intentional slowing down of internet speeds) became the main strategy to disrupt mobile data.

Despite the efforts of authorities to control the situation, protests in Khuzestan continued, and spread to other regions and provinces. On 20 July, for the first time since the November 2019 internet shutdown, mobile internet in a number of cities across Khuzestan became limited to local content and services made available through the National Information Network (NIN). This meant that the people of Khuzestan only had access to local traffic, and were not able to use international platforms and services.

WhatsApp, being one of the few remaining international apps that is not filtered in Iran, became a major tool for communication, being used for sending out videos and pictures of crackdowns against protesters. On 21 July Iranian authorities began disrupting WhatsApp traffic by dropping 95% of its media CDNs packets. As a result, the process of sending video and image files was heavily disrupted, and in some cases it took between 15 to 20 hours for our sources in Khuzestan to send video files. Our Khuzestan Shutdown Monitor has further details on the protests and the events surrounding them. 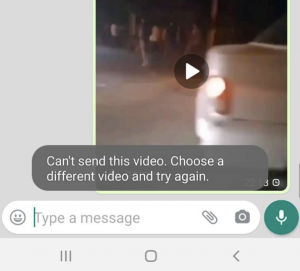 Screenshot from a source showing the users experiencing heavy disruptions on WhatsApp.

Similar to the previous localised mobile internet shutdowns in Sistan and Baluchestan and Yasuj, none of the network measurement tools we had access to were able to identify this shutdown as it took place. 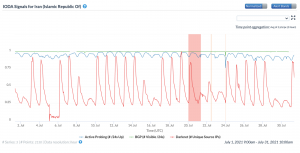 Based on IODA data, there was one notable nationwide disruption on 20, 22 and 24 July. This mainly caused disruption on AS44285 of Sefroyek Pardaz Engineering Co which is an internet provider and affected its users in Tehran.

According to the IODA map, the provinces of Qazvin, Ardebil, Kermanshah, Mazandaran, Fars, Esfahan, Razavi Khorasan, Khuzestan, and Alborz experienced the most disruptions in July. 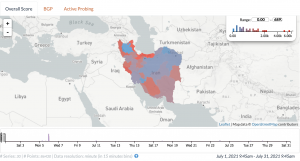 The IODA data was not able to capture the scale of the internet disruptions in Khuzestan during this period.

This AS belongs to an internet service provider. Disruptions on AS49100 affected users in Esfahan, Alborz, Kerman, Lorestan, Semnan, and Tehran.

This AS belongs to a telecommunication company and internet service provider. AS51074 was cut off from the internet on July 24, affecting users in Tehran. The cause of this is unknown, and the Iranian authorities failed to provide any explanation.

This AS serves one of the largest internet providers in Iran. The disruption on AS42337 between July 18-30  affected users in Qazvin, Kermanshah, Mazandaran, Fars, Esfahan, Razavi Khorasan, Khuzestan, Alborz, Kerman, Kohgiluyeh and Boyer Ahmad, Kordestan, Semnan, Tehran, and East Azarbaijan.

As TCI is one of Iran’s main internet providers, these minor disruptions on July 24 affected users nationwide.

Disruptions on July 9 and 24 mark the eighth month out of the past twelve where IPM has experienced disruptions, following outages in March, June, July, August, October, November, December and March 2021. It has failed to provide any explanations to the public, or its users. The disruption on AS6736 affected users in Razavi Khorasan and Tehran.

This is a nationwide mobile data provider. The disruptions on their network from July 26-30 affected users in Tehran.

As protestors in Khuzestan were met with internet shutdowns, MPs voted for the dangerous "User Protection" bill to be approved via a Majles committee, behind...