In response to user complaints about its services, the Telecommunication Company of Iran (TCI) blamed “new policies” of the Telecommunication Infrastructure Company (TIC), although Filterwatch believes that disruptions to undersea cables may also have been a contributing factor in the slowdown.

Read on for more details about internet disruptions in March.

Iran’s Research Center of Theoretical Physics & Mathematics (or IPM) (AS6736) was almost completely disconnected from the Internet on 2 March for a period of roughly two hours.

This is the seventh time in the past twelve months  that IPM has experienced major disruptions, following outages in March, June, July, August, October, November and December. It has failed to provide any explanations to the public, or its users.

IPM is responsible for handling Iran’s top-level domain, and provides Internet services for universities, educational institutions, and research centers, which also tend to experience service disruptions as a result.

AS204213, owned by the hosting company Netmihan Communication Company Ltd, was almost completely disconnected from the Internet for about one hour.

This is the fourth time this year that Netmihan Communication Company has experienced major disruptions, following outages in November and December 2020 and February 2021. It has failed to provide any public explanation about the disruptions to its users.

The Tehran Municipality ICT Organization – the organisation in charge of implementing ‘Smart City’ initiatives in Tehran – lost most of its connectivity. The organisation had previously experienced disruptions in January, February, June, August, and September last year. Again, it offered no explanation for the outage to its users. 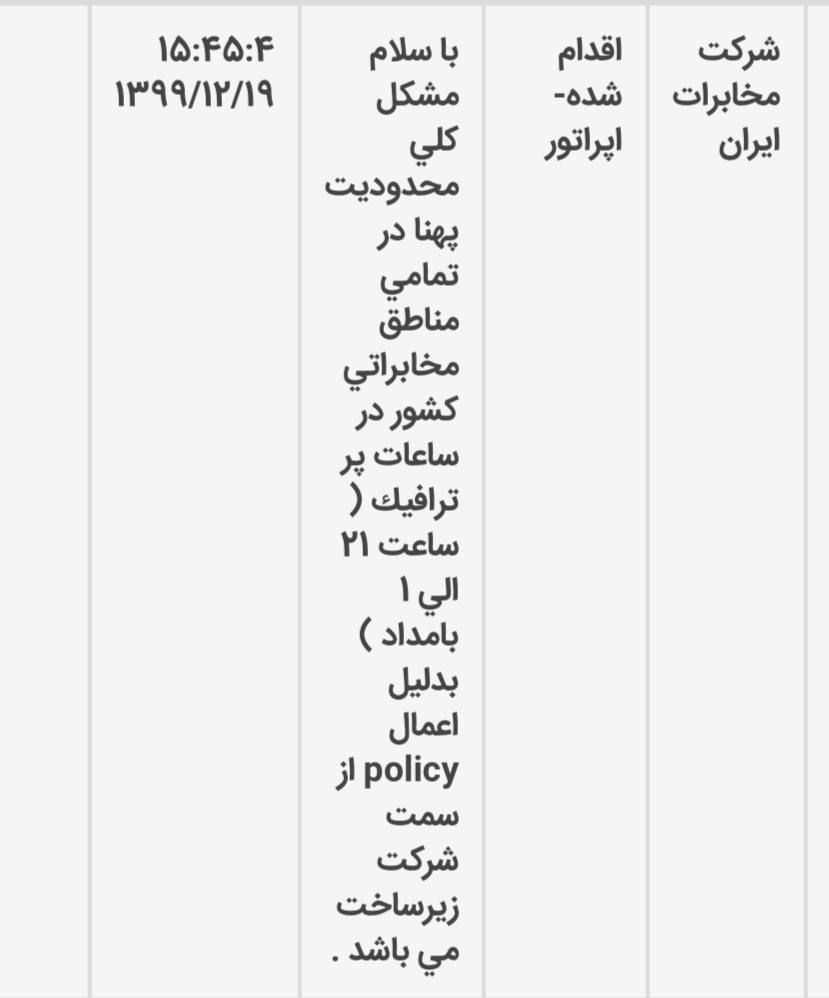 In an interview with the Iranian tech magazine Peivast on 12 March, Peyman Ghareh-Daghi, Director of Consumer Protection at the CRA denied “any intentional restrictions”.

According to Ghareh-Daghi the disruption was caused by “a fault in an undersea cable in the Mediterranean Sea linking Egypt to Italy”. He added that “the upstream Qatari operator” has announced it cannot repair the link until March 24, “due to a NATO naval drill in the area.” However, according to NATO’s website there is no ongoing naval drill in the Mediterranean Sea.

Filterwatch investigations show that the TIC appeared to have lost transit from AS6762 (Telecom Italia Sparkle) between 9-13 March. 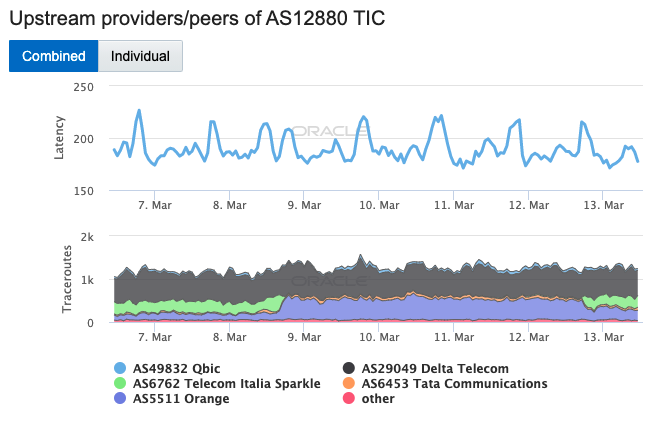 Aria Shatel Company Ltd on AS31549, Asiatech Data Transmission company on AS43754 and Afranet on AS25184 also appeared to have lost their transit from AS6762 (Telecom Italia Sparkle) from midnight on 13 March. 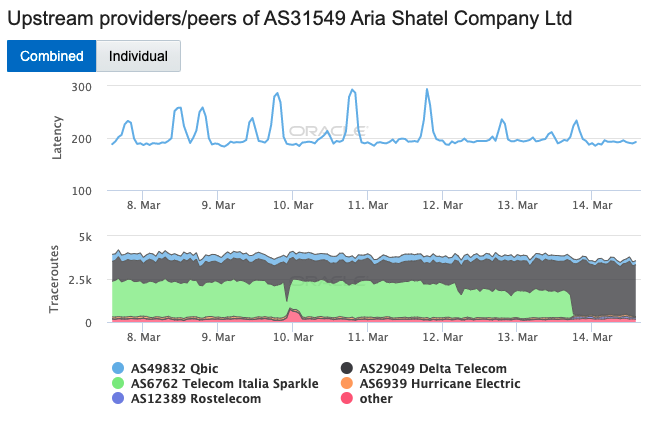 Although the loss of transit from AS6762 on other providers (including in Yemen) lends some credence to the claim of a cable fault, Filterwatch cannot confirm whether the disruptions were caused by such faults, or a new TIC policy.

DATAK Internet Engineering Inc on AS25124 suffered multiple disruptions and lost almost all its connection to the internet at around 1pm local time.

The Signal TLS proxy website was inaccessible for a very brief duration of 43 seconds on the Asiatech data center.