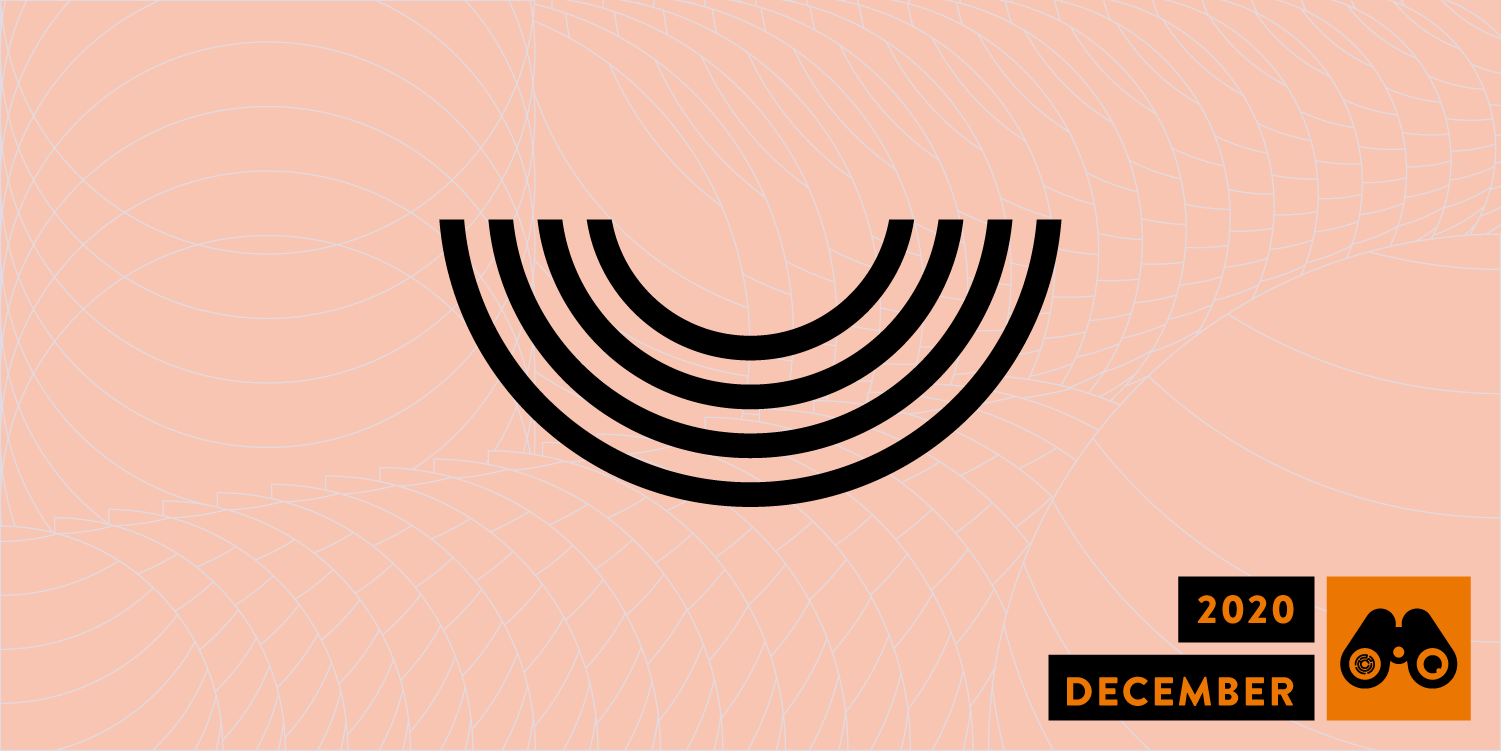 A number of fresh policy developments emerged, including two new Majles bills. The biggest development however was the execution of the Iranian dissident and journalist Ruhollah Zam by the authorities.

The publication of our December Policy Monitor coincides with the first anniversary of the tragic downing of Ukrainian International Airlines Flight 752 by the Islamic Revolutionary Guard Corps, which resulted in the deaths of all 176 passengers on board. The anniversary of the tragedy has been commemorated online under the hashtags #PS752 and #IWillLightACandleToo, in a show of support for the families of the victims, who continue to demand justice and accountability from the Iranian government.

December 2020 saw a number of fresh policy developments, including two new Majles bills, and high-profile staffing changes at the National Centre for Cyberspace and the Telecommunications Company of Iran. The most high-profile development however related to Iran’s execution of Ruhollah Zam, the notable dissident, journalist, and founder of the anti-government Telegram channel Amad News. The decision, which marks a continuation of Iran’s harsh pursuit of its online opponents, was met with global condemnation.

No Supreme Council of Cyberspace Meeting for a Third Month

For a third month in a row, there was no record of a meeting of Iran’s top internet policy-making body, the Supreme Council for Cyberspace (SCC).

The SCC is required to meet at least once every six weeks. The mandate for the SCC – which was last renewed by Supreme Leader Khamenei on 5 September 2015 for a period of four years – has expired, and has not yet been formally renewed.

On 30 December it was reported that Amir Khorakian, Deputy for Content Affairs at the National Centre for Cyberspace (NCC) was leaving his position, following an announcement on his personal Instagram account. Khorakian has since been appointed to the position of Adviser to the Head of NCC on Public Education and Culture-Building at the NCC. His former position has been filled by Ghasem Khaledi.

Khorakian was an advocate for the implementation of ‘layered filtering’ policies. He was a supporter of domestic messaging apps,  and advocated for the introduction of registration requirements for Telegram channels.

ICT Minister Called to Majles for Questioning by MPs

On 22 December ICT Minister Mohammad-Javad Azari Jahromi was called to a public session of the Majles to answer questions raised by the MP for Sistan and Baluchestan Province, Habibullah Dehmardeh.

Dehmardeh questioned Jahromi on the lack of fiber optic infrastructure in border provinces including Sistan and Baluchestan, which according to Dehmardeh, had resulted in connectivity issues in cities across the province. He added that these disruptions had particularly affected students accessing online learning. In response, Jahromi vowed that ‘connecting villages with a population of over 20,000 to the internet will be a priority for the ICT Ministry’. Following Jahromi’s response, the MP declared that he was ‘satisfied’ with Jahromi’s answer.

Following the public session, Jahromi travelled to Sistan and Baluchestan and announced that an additional 1,000km of fiber-optic cables would be installed in the province, and that the ICT Ministry had set a target of ‘connecting 1200 villages to the National Information Network (NIN)’.

During President Rouhani’s administration, the expansion of internet services to rural areas and villages has been a key component of the National Information Network (NIN) project. However, despite claims of increased expansion and connectivity, rural areas continue to suffer from a lack of connectivity. Sistan and Baluchestan has historically been among the worst-connected provinces in relation to internet connectivity.

Changes to the Leadership of the Telecommunications Company of Iran

On 8 December it was confirmed that, following a management board meeting at the  Telecommunications Company of Iran (TIC), the TIC’s Managing Director Majid Sadri would be replaced with Majid Soltani, who formerly served as the Iranian Police’sDeputy for Information and Communication Technology. Additionally, the Chair of the Board, Mehdi Sefri was replaced with Ebrahim Mahmoudzadeh, the former Managing Director for Iran Electronics Industry – a subsidiary of the Ministry of Defence and the Chair of the Board of Directors for Irancell. The reason behind the re-shuffle is not known.

On 26 December the NCC’s Office for Cultural, Social and Content Affairs published a report on the ‘Status of Mobile Applications and Stores’.

The report focused on global and national trends around mobile applications, some of which relied on data published by the Iranian Android marketplace Cafe Bazaar.  According to the report, Iranian app stores such as Cafe Bazaar and Sib App – an equivalent to the Apple Store – have seen a continued increase in downloads; with Cafe Bazaar’s increasing from 40 million in 2018 to 43 million in 2019. The report adds that VPN services are among the most popular categories of apps on these platforms, although precise statistics are not provided. The report also calls for the export of Iranian app stores to regions with Persian-speaking populations, including Afghanistan, Qatar, Lebanon and Iraq.

Despite the efforts of Iranian policy makers and the SCC to promote the use of domestic apps and services, the report shows that international platforms and apps remain more widely-used. Attempts to increase the revenue of Iranian technology companies and startups has made the export of Iranian technology services an ambition of Iranian authorities.

On 2 December it was reported that a new bill titled ‘Free Internet for Students, Teachers and Schools’ containing just one article and one sub-clause was introduced in the Majles.

The bill called for the use of the education app ‘SHAD’ to be made free for the academic year 2020-2021 and to provide ‘one million free tablets’ for students ‘by the end of September 2020’. However, Jahromi had claimed in September 2020 that ‘an order will be issued to ISPs’ for the use of SHAD to be made free. He also stated in December that the use of the app is free, and any issues with its use are related to ‘technical difficulties’. The slow progress of the bill has meant that the articles cannot be fulfilled in the time frame provided and it has been commented that the bill is ‘unlikely to be passed by the Guardian Council’ as it does not make its source of  funding clear. Some operators had also announced that they would not charge a fee for the use of SHAD, despite some confusion earlier this year following the announcement of free internet packages for students and teachers by the ICT Ministry.

Despite Majles’s eagerness to assert more authority over matters concerning the country’s internet and its management, however its appears that the Majles’s actions were overtaken by the ICT Ministry.

According to a report from the Iranian research organisation ‘Beta’ publication on 6 December, WhatsApp is the ‘most popular social networking app in Iran’ with 50 million users, followed by Telegram with around 49 million users, and Instagram with 47 million users. The report claims that the Iranian messaging apps Soroush and Bale have 12 million and 7.5 million users respectively. However, the report’s methodology is not made publicly available so that the data can be scrutinised and verified as factors such as the use of VPNs can impact this data.

Despite the skepticism around domestic messaging apps and the ‘halal internet , these statistics   depending on their levels of accuracy – still show significant numbers of users of domestic apps according. This means that the concerns around their weaker security and privacy features compared to their international counterparts should be taken seriously by activists.

On 12 December Ruhollah Zam, the Iranian dissident, journalist, and founder of the anti-government Telegram channel Amad News, was executed. The news was met with widespread global condemnation. The news followed the decision of Iran’s Supreme Court to uphold his death sentence, rejecting an appeal in August 2020.

Filterwatch strongly condemns the use of death penalty by the Iranian government, a clear violation of Iran’s obligations under international law. The action was described as ‘unconscionable’ and was condemned by UN Special Rapporteur on the situation of human rights in the Islamic Republic of Iran Javaid Rehman, and Special Rapporteur on extrajudicial, summary or arbitrary executions Agnes Callamard..

Mostafa Amiri, the Co-founder and Managing Director of the Iranian e-payment app Zarinpal posted a tweet on 1 December explaining that he had been handed a one-year prison sentence for charges of ‘treason’ and ‘financial crimes’

Iran’s E-Commerce Law came into force in 2004. Given the dramatic transformation of the e-commerce ecosystem since then, it has been commented by the startup community, including Amiri, that existing regulatory structures are ‘out of date’ and in need of review.

This is not the first time that online platforms and service providers have been held responsible for the actions of their users. In October 2020 the Managing Director of the Iranian video streaming platform Aparat received a 10 year prison sentence, reportedly in connection with an ‘inappropriate’ video posted by one of the platform’s users. The Iranian judiciary’s lack of familiarity with online platforms and its lack of legal clarity regarding the liability of intermediary platforms for user-generated content has posed real challenges for the operations of Iranian startups.

In recent months, there has been talk of the creation of a specialised branch of the judiciary to deal with cases related to e-commerce services.

According to Reza Taghipour, Tehran MP and member of the Parliamentary Mine and Industry Committee, on 26 December MPs submitted a bill on ‘criminalising online gambling’ to the Parliamentary Judicial Committee for review, in order to amend a number of articles on the subject contained in the Islamic Penal Code (articles 705-711), under which gambling through ‘any means’ is banned.

According to Taghipour, the changes deal with the ‘level of punishment for online gambling’ as well as ‘punishment for repeat offenders’ and to ‘clarify definitions of online gambling’. A few days before Taghipour’s announcement, Hassan Norouzi, the Deputy Head of Parliamentary Judicial Committee said that repeat gambling and betting offences could be considered ‘corruption on earth’ which is punishable by the death penalty under the Islamic Penal Code.

The increased severity of punishment for online activities in Iran is extremely concerning, especially given the arbitrary nature of many arrests and detentions. Filterwatch strongly condemns the use of the death penalty under any circumstances, and will continue to monitor the potential introduction of such penalties for gambling-related offences.

On December 17 a number of Iranian Twitter users announced that when they tried to open the Instagram website on their browser, they received a message stating that the site’s certificate was invalid.

Such messages could indicate a man-in-the-middle attack against Instagram users, triggering alarm from some users. Based on users’ reports, this issue was seen solely in relation to MCI’s mobile data services, with no reports of the error being encountered via other service providers.

On the basis of technical analysis posted by one user on Twitter, it appears more likely that the disruption was attributable to misconfigured networks than a deliberate man-in-the-middle attack. Our monthly Network Monitor has more details on this, and other internet disruptions in Iran during December.