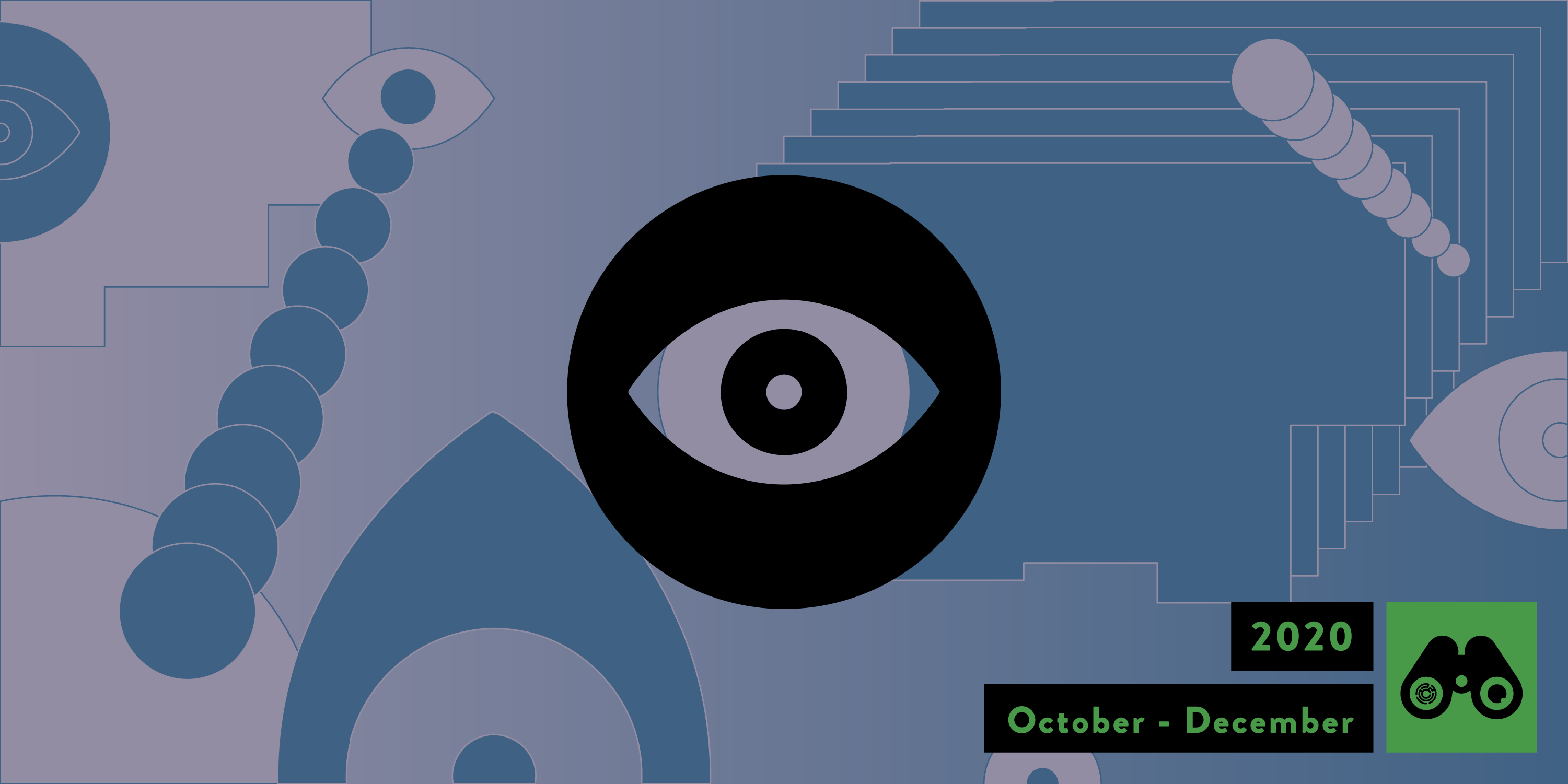 During the third quarter of this year (July to September 2020) Iranian authorities continued to restrict and violate the fundamental rights of Iranian internet users through continued arrest and prosecution. While Iran’s Cyber Police (FATA) and the Judiciary both played major roles in restricting and threatening online freedoms, the Islamic Revolutionary Guard Corps (IRGC) forces also played a more active role in investigating and prosecuting individuals for their online activities. We saw an increase in charges on the basis of ‘espionage’ and ‘threats to national security’ during this quarter. These charges are both broad, vague, and are used to criminalise and prosecute any activity deemed to be critical of the government.

In September, Iranian journalist Mohammad Mosaed was sentenced to over four years imprisonment relating to posts on his social media. Ruhollah Zam, the administrator of the popular anti-government Telegram news channel, AmadNews, lost his appeal in Iran’s Supreme Court and his death sentence was upheld.

Instagram remained under heavy scrutiny from authorities throughout this quarter, although on the basis of reported arrests it appears that law enforcement may have refocused their efforts away from cracking down on ‘influencers’. Instead, there were more reports of action being taken against users selling ‘unauthorised goods’ through the platform, as well as users who were accused of live streaming ‘immoral content’.

Concerning reports also emerged about the declining mental and physical health of a number of prisoners charged with threatening ‘national security’ through their online activities, including writer and director Mariam Ebrahimvand who is currently serving her sentence in the country’s notorious Evin Prison. Furthermore, a number of these prisoners have been struggling to access appropriate medical treatment including political prisoner Samaneh Norouz Moradi.

During this quarter a number of arrests were made for charges of ‘espionage against national security and attempted breach of peace through cyberspace’, as well as ‘contact with foreign networks’ and ‘online activism’. The increased use of these extremely broad charges, which can result in long prison sentences or even the death penalty are a serious concern, especially as it appears that the charges are being exploited to curb any attempts at exercising  freedom of expression online and criticism towards the government.

According to an announcement by the IRGC on 17 July  an unspecified number of people were arrested by their forces in Khorasan Razavi Province for ‘encouraging assembly and protest’ along with other charges such as ‘espionage against national security and attempted breach of peace through cyberspace’.

On 22 July the FATA Chief for Eastern Azerbaijan Province reported the arrest of two ‘cybercriminal’ sisters who attempted to livestream ‘immoral content’ on Instagram. No further information is available about the nature of this content.

In an interview on 25 July Colonel Ramin Pashaei, Social Affairs Deputy for FATA Police announced that ‘an individual who launched a “truth or dare challenge” through Instagram in order to lure in young children and teenagers was closely investigated by cyberspace experts and was arrested’. No further information was provided about the aim of the online ‘challenge’.

According to the FATA Chief for Mazandaran Province on 29 July a number of people were arrested for inciting and promoting violence online on social media and on channels operating out of Mazandaran province.

In August, a number of arrests were made relating to activities on Instagram. On 2 August the  FATA Chief for Ardabil Province announced that at least six administrators for channels and webpages selling and modelling ‘unsuitable’ clothing were identified. He added that these individuals ‘published immoral and vulgar photos and attempted to advertise and sell clothing incompatible with Islamic values’.

On 15 August the FATA Chief for Yazd Province announced that an arrest had been made  relating to the publication of ‘immoral content’ on Instagram. No further details were available about the nature of this content.

According to an announcement by the IRGC on 17 August an individual with Turkish citizenship was arrested in Hamedan province for publishing photos ‘glorifying thugs and dangerous individuals online in order to create insecurity in society’ on Instagram.  The FATA Chief for Ardabil province announced that a person was arrested on 24 August for attempting to sell alcohol via their Instagram page.

Also in 24 August it was reported that the health of political prisoner, Samaneh Norouz Moradi, who is serving her three years and nine months sentence inside the country’s notorious Evin prison on charges of ‘supporting anti-government groups through online activities’ has been declining and she has reportedly been diagnosed with lupus and a chest infection. Despite three doctors outside the prison confirming that she is unfit to complete her prison sentence, the doctors inside Evin prison have disagreed with the other medical opinions, therefore her case has not been recommended for further review.

In late August Gholamhossein Esmaeili announced that the Iranian dissident Ruhollah Zam – the administrator of the popular anti-government Telegram news channel, AmadNews – who had been sentenced to death in June for charges amounting to ‘spreading corruption on earth’  had lost the appeal of his appeal in the country’s Supreme Court and his death sentence was being upheld.

During the final month of this quarter, alongside a number of arrests for online activities, further worrying news on the worsening conditions of imprisoned online activists also made headlines.

On 2 September, Iranian journalist Mohammad Mosaed was sentenced to four years and three months imprisonment, alongside a two year ban from working as a journalist, and confiscation of his work equipment by Branch 26 of Tehran’s Islamic Revolutionary Court. Mosaed’s was charged with ‘ “colluding against national security” and “spreading propaganda against the system,” ’. Mosaed’s charges and sentence are connected to his  previous two arrests, the first which happened last year for tweeting about the November 2019 protests and the Internet shutdown, the second earlier this year, in connection with his social media posts criticising the government’s response to the COVID-19 pandemic.

On 18 September Alireza Kheiri, an Architecture student at Azad University who was arrested around a year ago for being a member of an anti-government Telegram channel was transferred to Tehran prison to begin serving his two year sentence.

Also on 18 September, Elahe Jabari, who was arrested for ‘online activism’ and ‘anti-government activities’ via Instagram and Twitter, was transferred from a detention centre for ‘one of the security forces’ to Evin prison. On 19 September it was reported that writer and director, Mariam Ebrahimvand, who is being held in Evin prison attempted suicide and was trasnferred to a hospital in Tehran.

Ebrahimvand was arrested by IRGC intelligence officers in September 2016 and was eventually transferred to Evin prison last year. She has been accused of ‘publishing false information with the intention of disrupting public peace’ on her personal Instagram page and ‘production of obscene movies’ for producing the film ‘24 September’ on the stampede of pilgrims in 2015 in Mina, Saudi Arabia.

The FATA Chief for Chaharmahal and Bakhtiari Province, reported that four people were arrested in connection with the abuse of a government employee on Instagram in the city of Boroujen. Another individual was arrested in the capital city of Tehran for ‘promoting immoral content’ online. The FATA Chief for East Azerbaijan also reported that an individual who had launched various ‘challenges’, including receiving ‘inappropriate’ photos through his Instagram page, was identified and arrested.

On 12 September it was reported that an individual was arrested for ‘blasphemy’ by security forces in the Province of Chaharmahal and Bakhtiari. According to reports from a source inside the IRGC the individual was arrested for ‘insulting the prophet’s daughter online’. Two days later on 14 September the FATA Police Chief for Kermanshah Province reported the arrest of the administrator of an ‘immoral channel’. Also in September in Kurdistan Province it was reported that four people were arrested following ‘online patrols and observation by FATA experts’ connected to the publication of ‘immoral movies’ on Instagram.

The Deputy for Social Affairs at FATA Police, Ramin Pashaei, announced that on 12 September two people were arrested for ‘disturbing public opinion’ following the filming and publication of a video of a student fainting in school. According to Pashaei, the video claimed that the student had ‘fainted due to COVID-19’. Pashaei commented that according to their investigations the student ‘did not have COVID-19’ and that the video was used to spread anxiety among the public following the re-opening of schools in September.

On 19 September a judiciary official for the city of Qom announced that during the last 10 months, 105 people in Qom were arrested, had their social media accounts removed, and were referred to the judiciary for publishing ‘immoral content online’. He added that the majority of these ‘crimes’ took place on Instagram, including modelling and the sale of drugs and alcohol.