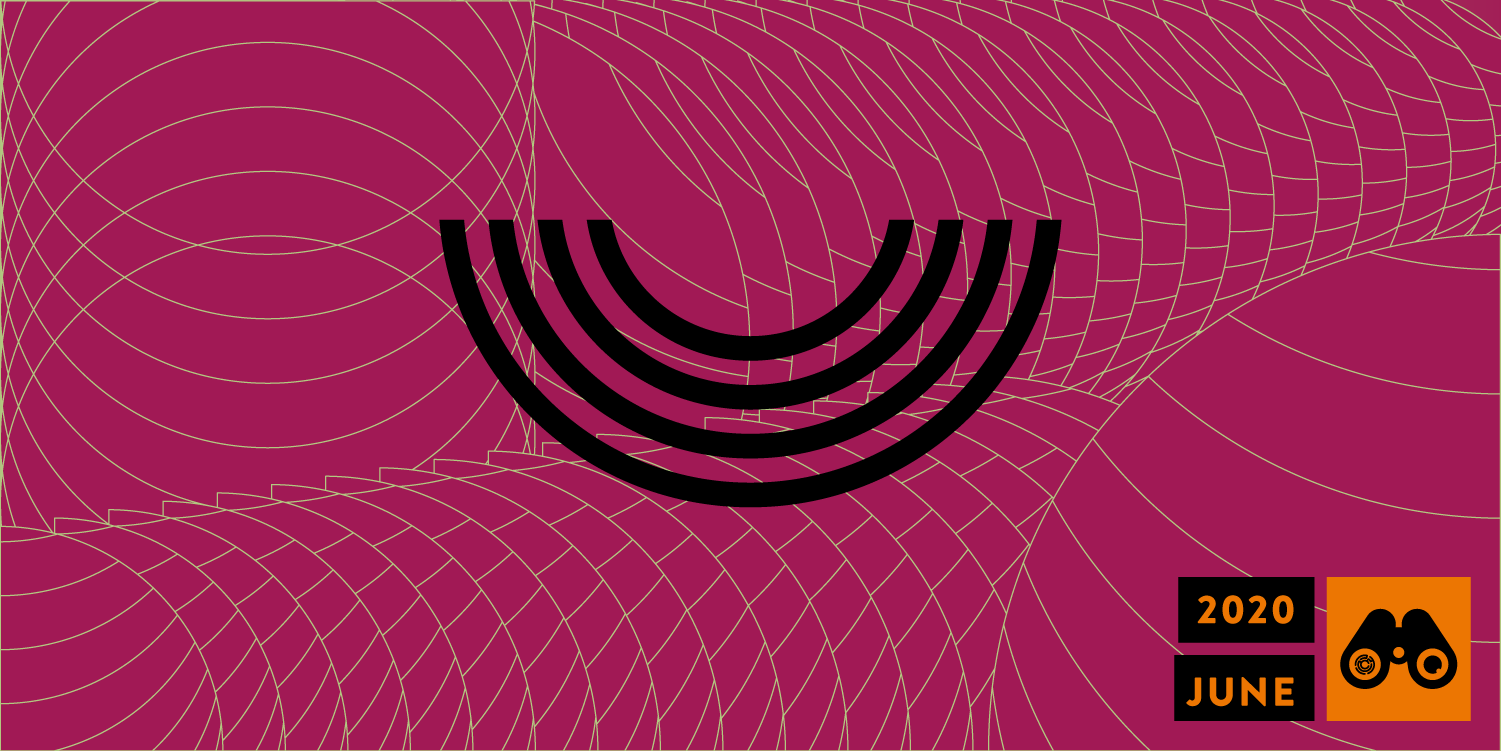 Following months of silence, Iran's Supreme Council for Cyberspace passed a new resolution on the National Information Network, as the ICT Minister's latest session in parliament raised questions about filtering of Instagram

In the June edition of Policy Monitor, we bring you the latest following the first meeting of the  Supreme Council for Cyberspace in four months and the first in the current Iranian calendar. A recent session saw the SCC pass an important new resolution on the National Information Network – a project which continues to pose a fundamental threat to digital rights in Iran. Also this month, ICT Minister Mohammad-Javad Azari Jahromi faced a challenging audience in the Majles, enduring his first public parliamentary session since the conservative-dominated 11th Parliament commenced its term last month.

As these developments unfolded, the effects of the COVID-19 pandemic continued to be felt nationwide. According to government figures, the total number of infections climbed higher than 227,000 by the end of June, and a number of provinces reported that the situation has reached a “critical status”.

On 29 June, the Supreme Council for Cyberspace (SCC) met for the first time since February. This is also the first time the Council has met since the new 11th parliament took over last month, with Mohammad Ghalibaf elected as Parliamentary Speaker, a position which also grants him a place on the SCC.

During the session, the SCC reportedly approved “the components, architecture, and list of services for the National Information Network (NIN)”. According to reports, the resolution approved by the SCC identified  the components of the NIN as “core networks, Internet Exchange Points (IXPs), content distribution networks, dedicated networks, public data centres, and a centre for monitoring and management”.

The text of the resolution has not yet been published, therefore we have limited information on its details. The resolution comes after months of discussion and disputes between the ICT Ministry and the SCC as well as criticisms over the slow pace  of the NIN’s development following last November’s Internet shutdown. The SCC is yet to finalise its macro-planning for the NIN – a process which began in February.

On 21 June ICT Minister Mohammad-Javad Azari Jahromi arrived for his first public session before the new Majles to report on the ICT Ministry’s performance. However, the session was dominated by questions from MPs about the continued availability and widespread usage of Instagram.

MPs expressed concern about the volume of internet traffic dedicated to international social media platforms, blaming “a lack of support from the ICT MInistry for domestic apps”, and a lack of progress towards the completion of the National Information Network (NIN). Qazvin MP  Fatemeh Mohammad Beigi also asked the ICT Minister whether “like advanced countries, have you categorised different audiences? Doesn’t internet [access] for a student need to be different from that of a housewife?”.

In response, Jahromi blamed a lack of private sector involvement and competition in creating content for the NIN, adding that “Instagram has become a hub for entertainment due to our policies, and placing other platforms out of reach” [referring to the country’s filtering policies].

Following the parliamentary session, concerns have been growing over the possibility of Instagram being filtered. We have previously written about the role of the Majles in filtering content, as well as discussing the Iranian government’s long-term planning to allow different levels of internet access to be granted to different user groups via “layered filtering”.

On 7 June Mohammad Ebrahim Mohammad Panah, the ICT Ministry’s Deputy Minister for e-Government claimed that 179,000 people had signed up to the new scheme from the ICT Ministry “The choice of every Iranian, an online television”  which was announced last month.

The scheme allows for VDSL and ADSL users with access to a landline to sign up a free month of VoD or IPTV services being offered by a number of Iranian providers.

The move has once again reignited tensions between the ICT Ministry and state broadcaster Islamic Republic of Iran Broadcasting (IRIB) over each organisation’s contested mandate to oversee VoD and IPTV services.

‘Biggest Data Centre’ in NorthWest and West of Iran is Unveiled

The new data centre forms part of the infrastructural expansion for the National Information Network (NIN), a component of the project that the ICT Ministry has consistently sought to highlight.

On 28 June it was reported that during the unveiling ceremony of the Tabriz data centre, ICT Minister Jahromi announced that 5G network [equipment]  “has entered the country” and that it will undergo testing at Iran’s Telecommunications Research Centre in the “next week or two”. He added that he hopes that it will be put to operational use by the end of August.

While we cannot verify the timeline proposed by the ICT Ministry, the introduction of 5G is an important development for Iran’s ICT landscape, an area which Filterwatch will continue to monitor. Meanwhile, it is worth noting that the dispute over the ownership of 700MHz and 800MHz bands – which could be used to support 5G services – continues between the ICT Ministry and IRIB.

On 16 June it was reported that a number of arrests were made in Khorasan Razavi Province in connection with the “promotion of corruption” on social media channels, including for posting “obscene and vulgar” photos, referring to photos in which women did not wear headscarves.

According to the province’s Deputy Prosecutor, Vali Ghanbari, the arrests were made in collaboration with intelligence and security forces in the province in an effort to combat “vulgarity, and a lack of observation of religious guidance” on Instagram.

This news comes following last month’s announcement that Iran’s Cyber Police (FATA). will be prosecuting anyone who posts photos online of women not wearing headscarves. In recent weeks and months, there has been growing criticism from officials, including the Head of the Islamic Development Organisation, Mohammad Ghomi, about the use of Instagram due to its “unethical” and “immoral” content. This has led to heightened concerns about the potential future filtering of the platform in Iran.

On 3 June it was reported that data from 5.5 million RighTel users was placed online for sale. Iran’s computer emergency response team MAHER has confirmed the leak, according to Deputy ICT Minister and head of the Communication Regulatory Authority (CRA), Hossein Fallah Joshghani.

According to a statement from RighTel, only nine records from the leaked data have been discovered online, of which the operator claims six are “old records from before 2015” belonging to “inactive users”.

RighTel also “strongly denies” claims that they refused a demand of five Bitcoin (45,343.70 USD) to prevent the data from being published online. RighTel added that they believe the leak is linked to a “human source” from 2015, as they insist stealing online data from the operator is “impossible” as the company follows AFTA (Presidential Centre for Strategic Management of the Secure Creation and Exchange of Information) and MAHER protocols. According to Deputy ICT Minister Amir Nazemi, the leak is being investigated by the CRA.

As the number of data leaks involving Iranian citizens’ data become more common, the lack of comprehensive data protection legislation has become keenly apparent. Users currently lack any meaningful protections for their personal data online. Small Media has already written about this threat posed to user privacy by the development of Iran’s NIN.

On 30 June Judiciary spokesperson Gholam Hossein Esmaili announced that Ruhollah Zam – the administrator of the anti-government Telegram news channel AmadNews – had been sentenced to death. Esmaili stated that the 13 charges brought against him were equivalent to the charge of “corruption on earth”. Esmaili added that the sentence could be appealed at the country’s Supreme Court.

The sentence comes around eight months after Zam’s arrest under mysterious circumstances in October 2019. Following Zam’s arrest, his Telegram channel was seized by the Islamic Revolutionary Guard Corps (IRGC).