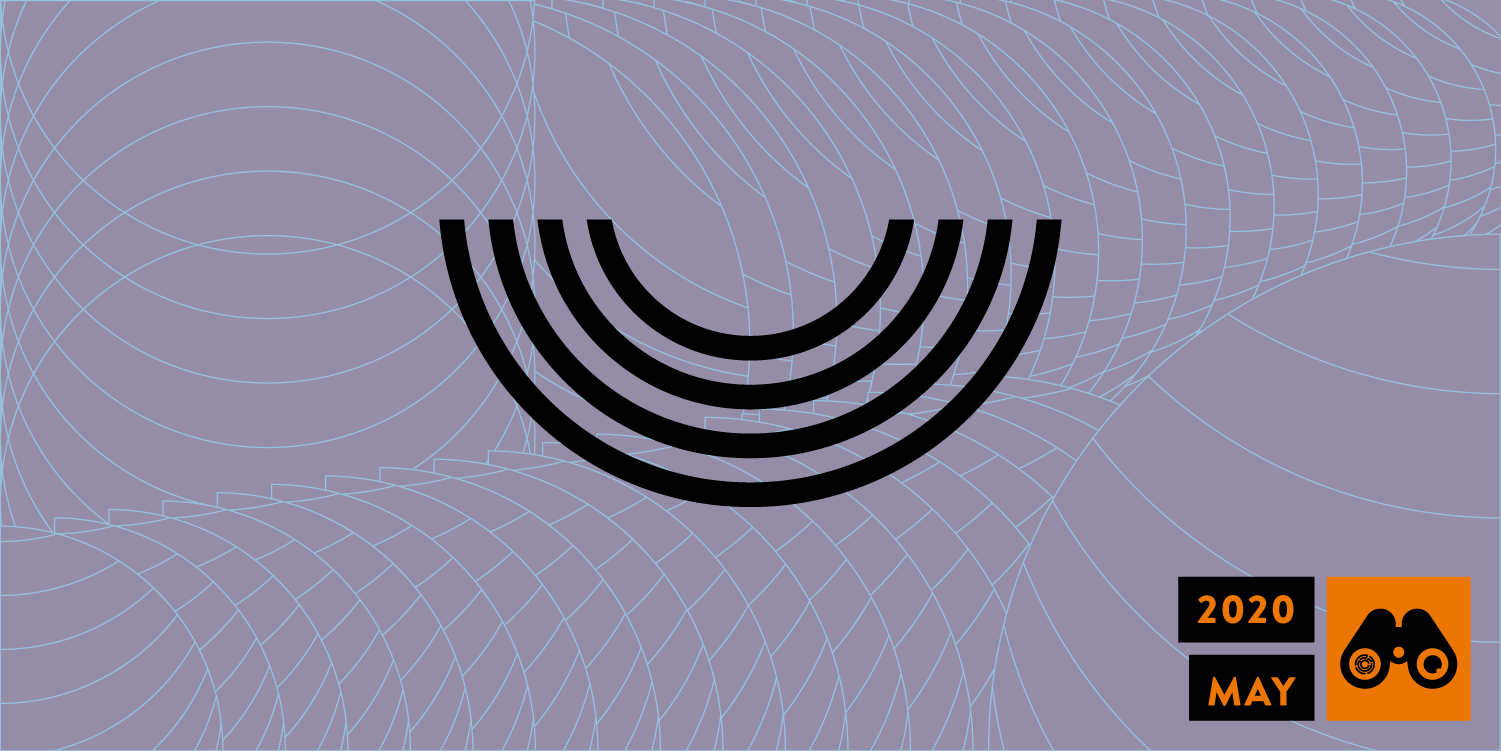 Iran's Supreme Council for Cyberspace fails to meet for another month, but the Interior Minister finally takes responsibility for the November shutdown.

With their attention still largely consumed by the ongoing COVID-19 pandemic, Iranian authorities have continued to move slowly on internet policy. Although it was another relatively quiet month for digital rights developments, May was far from uneventful elsewhere.

According to official figures in May, Iran saw another significant increase in COVID-19 cases, following the relaxation of its restriction of social movements, raising fears of a “second wave” of the epidemic. According to official data from the Iranian government, to date, the number of deaths in the country has surpassed 9,000, with a number of provinces such as Bushehr, Khuzestan, East Azerbaijan, Kermanshah and Hormozgan declaring “critical status” with regard to the numbers of infections. Meanwhile, wildfires devastated the southwest of the country, which local officials struggled to contain.

While the parliament worked on setting its agenda and filling positions for parliamentary committees, it was a relatively quiet month for the Internet in Iran – for the third month in a row, there were no meetings of the Supreme Council for Cyberspace. However, for the first time since the November 2019 internet shutdown, Iran’s Interior Minister took formal responsibility for giving the shutdown order. Elsewhere this month, we have some more details on the ICT Ministry’s unveiling of new digital economy projects.

Our monthly Network Monitor supplements this report with a technical analysis of network disruptions and internet shutdowns. Take a look at it to get a better sense of how internet disruptions affected Iranian users in May.

In a TV interview on 31 May, Iran’s Interior Minister, Abdolreza Rahmani Fazli confirmed that he had ordered the November 2019 internet shutdown – which coincided with protests over rising fuel prices – in his capacity as the Head of the National Security Council. He cited public security as the reason for this decision.

This is the first time an official has publicly claimed responsibility for ordering the internet shutdown. During the shutdown ICT Minister Mohammad-Javad Azari Jahromi commented that the decision was made by the National Security Council, but no further details were given. The November internet shutdown lasted for around seven days nationwide, cutting Iranian citizen’s access to the global internet during the widespread fuel price protests, where hundreds of protesters were killed or injured by the country’s security forces.

No Supreme Council of Cyberspace Meeting for Third Consecutive Month

For the third month in a row, there is no record of Iran’s top internet policy making body, the Supreme Council for Cyberspace (SCC), holding a meeting. The council’s last recorded meeting was in February this year, before the COVID-19 outbreak in Iran intensified.

The SCC is required to meet every six weeks, however it appears that no official meetings have taken place since February. The mandate for the SCC, which is issued by the Supreme Leader was last renewed on 5 September 2015 for a period of four years has now expired and has not been formally renewed.

On 28 May four new “Digital Economy” projects were unveiled by ICT Minister Mohammad-Javad Azari Jahromi in the presence of President Rouhani. The projects, which focus on the growth and expansion of services on the National information Network (NIN) include:

During the unveiling ceremony, Jahromi presented figures relating to Iran’s digital economy, claiming that according to the Statistical Centre of Iran, the country’s gross digital economy production “is at 4% [of GDP]”. Jahromi also stated that the NIN core capacity had “increased by 300% from  2013 to 2019”, however, he was corrected by Rouhani that the figures showed a 30% growth, not 300%.

Expansion of online services and digital economy is one of the main pillars of the NIN, and the ICT Ministry has been under pressure for their shortcomings in this area for sometime.

On 5 May it was announced that a new circular from the Communications Regulatory Authority (CRA) has been issued to domestic messaging apps requiring them to inform Internet Service Providers and the CRA of any new services they offer so that the cost of their internet traffic can be calculated at a third of the cost of international internet traffic. The new circular is said to have been issued due to a complaint from a user about their international internet traffic being used when making video calls using domestic messaging apps.

Domestic internet traffic which uses the National Information Network (NIN) is calculated at half or a third of the price of international traffic, effectively ending net neutrality in Iran. This regulation is also used to incentivise the use of domestic online services and apps over international equivalents. This is particularly important as reliance on the internet has increased due to the spread of COVID-19 and its added financial burdens on the country’s population.

Over 1,500 Villages “Connected to the National Information Network”

According to this report 89% of villages with a population of over 20 families have been connected to the NIN, with the aim of reaching 100% by the end of the year. Additionally 93% of villages now have mobile network coverage with an aim of “reaching 100% for villages with over 20 families by the end of the year”. The ICT Ministry has consistently sought to highlight the extent to which they have invested in infrastructure in rural areas.

In an interview on 23 May the SCC Secretary, Abolhassan Firouzabadi commented on the longstanding tension between the ICT Ministry and state broadcaster Islamic Republic of Iran Broadcasting (IRIB) over the management of 700MHz and 800MHz bands. In recent months Jahromi has revived the argument, asking the President to weigh in on the issue and give the ICT Ministry control of the frequency bands in order to help with increased network demands in light of the COVID-19 outbreak. Jahromi had also reportedly said that he would offer “free internet” for the domestic education app “SHAD” if the ICT Ministry is given ownership of the frequency bands.

Firouzabadi said that the SCC has not yet been asked to deliberate on the questions. However, he said he could not see how the frequency could have relevance to the Shad app, as its traffic is “negligible” and was mostly used “at home” so did not require mobile internet, which is at the heart of the dispute. He also added that the control of the frequencies by the ICT Ministry could have an impact on “job creation and the digital economy”. He added that whether the ownership of the frequencies would be given to the ICT Ministry  would depend on what the ICT Ministry would plan to do with frequencies but there are no “time pressures” to make a decision as there are still “global conversations on whether there is enough technological readiness for the frequencies”.

The ICT Ministry lost the same battle to IRIB in a vote in parliament in February last year. It remains to be seen if the matter will be formally referred to the SCC for a decision.

On 16 May it was reported that Iran’s Cyber Police, FATA, and the Information Technology Organisation of Iran (ITO) are looking to collaborate on recommending an assessment framework to rank applications based on their “security and privacy features”. However, the assessment is said to be voluntary and apps are not required to sign-up to the scheme.

The move comes as a number of significant data leaks have compromised the security of Iranian users but with little to no action being taken as a result to investigate them or make attempts to ensure that better security measures are put in place to protect users more effectively in the future.

As there are no comprehensive data protection laws in Iran, the lack of any legal requirements means that ensuring the security and privacy of users falls entirely on the private sector. The Iranian government must take immediate steps to address this legal vacuum by introducing data protection laws in line with international standards and the private sector must realise their duty and responsibility towards Iranian users, especially in light of recent events.

In an interview on 13 May, the Social [Affairs] Deputy at FATA police, Ramin Pashai, warned that for women to not wear headscarves and hair coverings on Instagram is considered public disorder, and will therefore be pursued as a crime.

Instagram is one of the few international social media platforms that is unfiltered in Iran. There has been a surge in the use of social media platforms and Instagram’s live feature as a result of social restrictions put in place due to COVID-19. There has been mounting criticism of the platform from political and religious figures, who call for the monitoring or filtering of the platform to prevent the spread of “immoral” content and behavior.

In an interview on 20 May, Abolhassan Firouzabadi, Secretary to the SCC claimed that the special working group at the National Centre for Cyberspace (NCC) – created by the National Headquarters for Management and Combatting Corona [Virus] they had recorded over 1,300 instances of “false news, fraud, rumours and slander” online and that all of these had been “investigated” or referred to Iran’s Cyber Police, FATA.

There have been a large number of arrests reported for spreading “rumours and misinformation” online since the COVID-19 outbreak was first reported in Iran earlier this year. The lack of transparency behind any detentions or arrests as a result of these charges are concerning as they could result in arbitrary detention or be used to  prevent  journalists and activists from providing the public with accurate information. Iranians must be able to have access to impartial, accurate information and to be being able to voice their criticism of the government without fear from prosecution or harassment.

Two major issues impacted the internet this August: the disruption of circumvention tools, and an unpaid electric bill taking data centers and some of the...

Iran's internet experienced a number of intermittent and unexplained disruptions, as well as one localised near-total shutdown when in Behbahan as anti-government protests broke out.