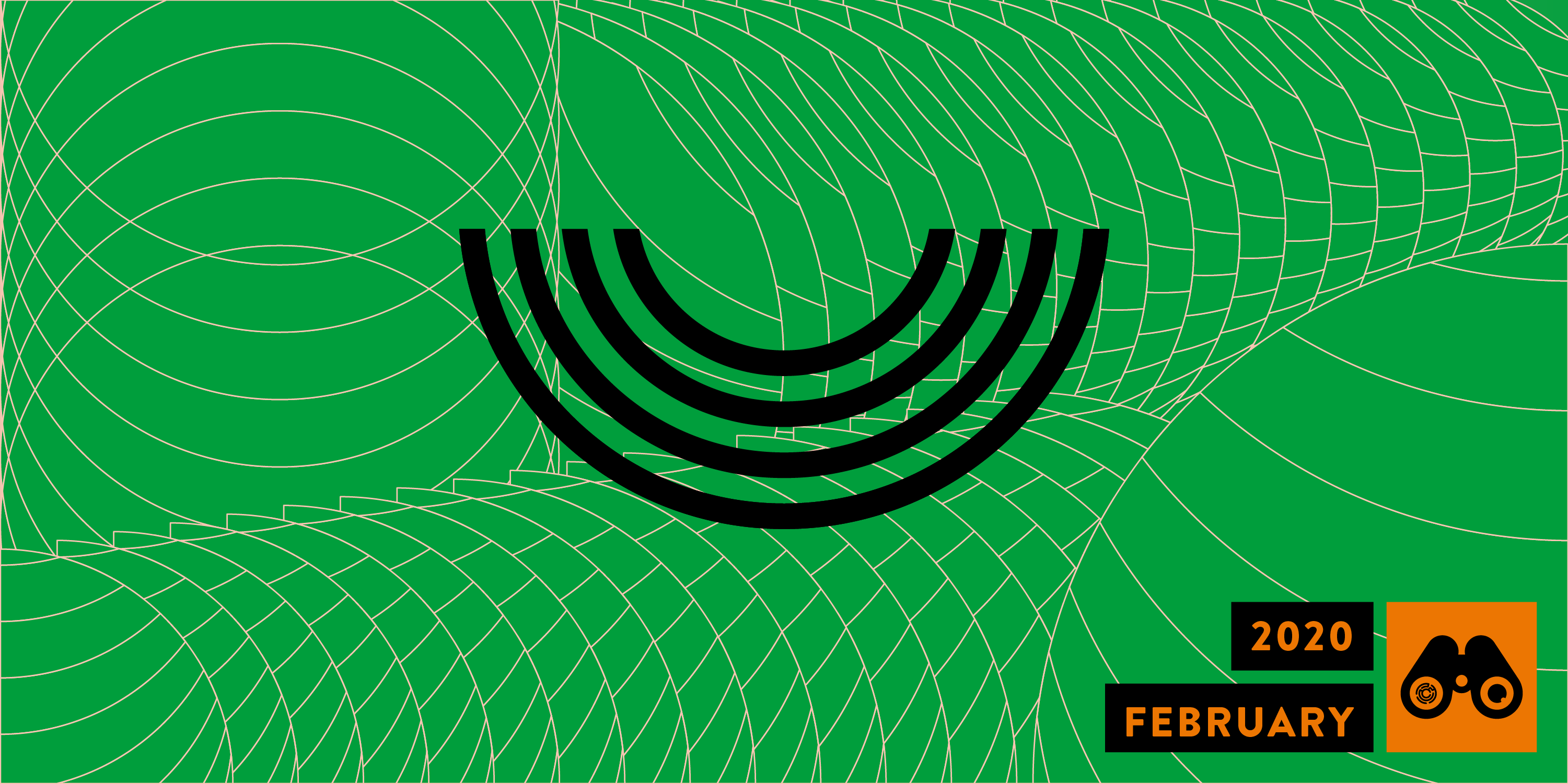 As Iran battles against the rapid spread of COVID-19, censorship and sanctions continue to limit Iranians’ access to crucial information.

Iran was confronted with yet another major crisis in February, as a COVID-19 outbreak in Qom rapidly spread nationwide. As of March 20, Iran is dealing with one of the largest outbreaks in the world outside of China, with possibly tens of thousands of infections and more than 1,200 deaths.

Iranian healthcare workers continue to work heroically under immense pressure, and in the most challenging conditions imaginable. The videos they have been sharing online of their response have been a rare source of comfort — to Iranians, and to the world — in an often overwhelmingly difficult time.

The COVID-19 pandemic has led to universities, schools, Parliament and many other services being suspended to slow the spread of the virus. As a result, Iranians’ reliance on online services is greater than ever — as is the need for citizens to have their rights to free expression, privacy, and access to information online protected.

In a crisis like this, it is crucial that Iranians have unfettered access to factual, reliable information about COVID-19 and its spread. In February, this has been undermined — both by authorities’ continued public statements against and restrictions on foreign services, and by online platforms’ apparent over-compliance with international sanctions.

It is imperative that such restrictions do not continue moving forward.

Also this month, our Network Monitor provides technical insights and analysis into network disruptions and alleged cyberattacks in February. Make sure to check it out if you haven’t already.

Take care of yourselves, and we’ll back next month with the March 2020 edition of the Filterwatch Policy Monitor.

During two meetings on 1 February and 15 February the Supreme Council for Cyberspace (SCC) held a meeting chaired by President Rouhani. In this meeting the SCC set a number of National Information Network (NIN) targets for 2026.

The SCC confirmed a number of targets, which focus on infrastructure and digital economy are:

The announcement comes following the previous four SCC meetings focusing on macro-planning for the NIN, which included a review of the ICT Ministry’s progress on the project, as well as discussions around the allocation of responsibility for various organisations in connection with the NIN.

It has been reported that future SCC meetings will continue to allocate roles and responsibilities along with implementation targets for the NIN. However with the major outbreak of COVID-19 inside Iran causing Parliament and meetings to be suspended, it remains to be seen when the next SCC meeting will be. Regardless, it is clear that the SCC is showing no sign of slowing down on the implementation of the project.

The NIN continues to pose a major risk to Iranians’ digital rights, and threatens to see them disconnected from the global Internet if the project comes to fruition.

On 18 February it was reported that SCC Secretary Abolhassan Firouzabadi had requested that a list of executive organisations who are not complying with the implementation of e-Government to be provided to the SCC. The request was made to the Secretary of the e-Government Interactivity Working Group Reza Bagheri Asl during their meeting at the National Centre for Cyberspace (NCC).

In recent months efforts have intensified to further expand eGovernment services. The rooting of many of these eGovernment initiatives in the existing National ID system has been met with criticism and concern. This system systematically excludes unrecognised religious minorities such as the Baha’i community, and risks shutting out marginalised populations from being able to access crucial services.

During the expansion and implementation phase, it is urgent that this issue is addressed to ensure that all Iranians are able to access core services.

Fars News reported that on 20 February Javad Javidnia, Iran’s Deputy Prosecutor for Cyberspace made a statement reiterating the enforcement of the ban on the use of foreign messaging apps, specifically by schools, universities and government organisations.

Iran is currently experiencing one of the largest outbreaks of COVID-19 outside of China, and as a result many schools and universities have had to move their classes online and rely on online services more than ever. In light of this, Javidnia stated that any remote teaching and classes “are banned from being conducted on foreign apps and must be conducted through domestic channels … which is in line with the SCC’s approvals.” He added that any noncompliance “can be reported by students and parents”, which could result in prosecution.

According to Javidnia, this is to avoid “spread of fear” which can “help the enemy in damaging the country.” The promotion of domestic messaging apps have always been promoted through the country’s laws and regulations over foreign apps, especially intensifying during times of upheaval. This is despite the fact that Iranian messaging apps do not have the functionalities and technical capabilities to compete with foreign equivalents.

The use of domestic messaging apps make communication and content very likely to be exposed to surveillance and interception as well data misuse given the lack of online privacy protection laws in Iran. This not only puts users at risk and could potentially impact the quality and ability for online classes to be conducted. Unless these legal gaps are addressed, users should be able to choose which messaging apps to use, whether domestic or foreign without fear of prosecution.

On 24 February, it was reported by human rights organisation Article 19 that incorrect information was circulating online that the Iranian government had blocked the Johns Hopkins COVID-19 Global Tracker. However, it was later confirmed that the website was inaccessible for Iranian users due to US sanctions, as the California-based software company responsible for maintaining the mapping tool, Esri, automatically blocked Iran due to the country being “embargoed per US export laws”.

We have already written about how sanctions and over-compliance with sanctions can cut Iranian users off from vital services, and prevent the free flow of information into and out of the country, potentially putting their security and privacy at risk. All tech companies should consider these risks when attempting to comply with sanctions and ensure that they are not over-complying with sanctions by being transparent with users.

Since this story broke in late February, it has been reported that Johns Hopkins is attempting to ensure that the service is made available in Iran.

On 26 February it was reported that 24 individuals were arrested by Iran’s Cyber Police (FATA), after being identified by their working group for “combatting rumours in cyberspace” related to the spread of COVID-19. According to the Head of FATA Commander Vahid Majid, 118 more online users have also received “warnings” relating to similar issues. He also encouraged online users to report any “suspicious” issues and “online rumours” to FATA.

Though combating misinformation is an important step in addressing concerns around the spread of COVID-19, lack of transparency around charges and the offences of these arrested and warned individuals is a cause for major concern.

ICT Ministry Claims Internet Disruptions Are Due To “Cyber Attacks”

On 17 February, Deputy ICT Minister Amir Nazemi stated that recent internet disruptions are due to recent “cyber attacks originating from outside the country … which impacted the quality of the internet for users”. He added that this has caused worry among citizens that the “government is disrupting the quality of the internet”. However, the ICT Ministry has not yet produced any evidence or supporting data to confirm their claim.

Government-imposed internet disruptions and shutdowns are not uncommon in times of crisis in Iran, as we saw last November. Those events have caused increasing anxiety among Iranians that this could happen during this new period of crisis as a way of controlling citizen’s movements and communications.

Our February 2020 Network Monitor breaks down the state of the internet in Iran this month and explains the network disruptions and their likely causes, including the potential DDoS attack and the introduction of a new Internet Exchange Point.

Earthquake in West Azerbaijan “Has Not Impacted ICT Infrastructure”

On 23 February an earthquake shook the city of Khoi in West Azerbaijan, which according to the Spokesperson for the Telecommunication Company of Iran, Muhammad Reza Beedkham disrupted neither mobile services nor the region’s fibre optic network.