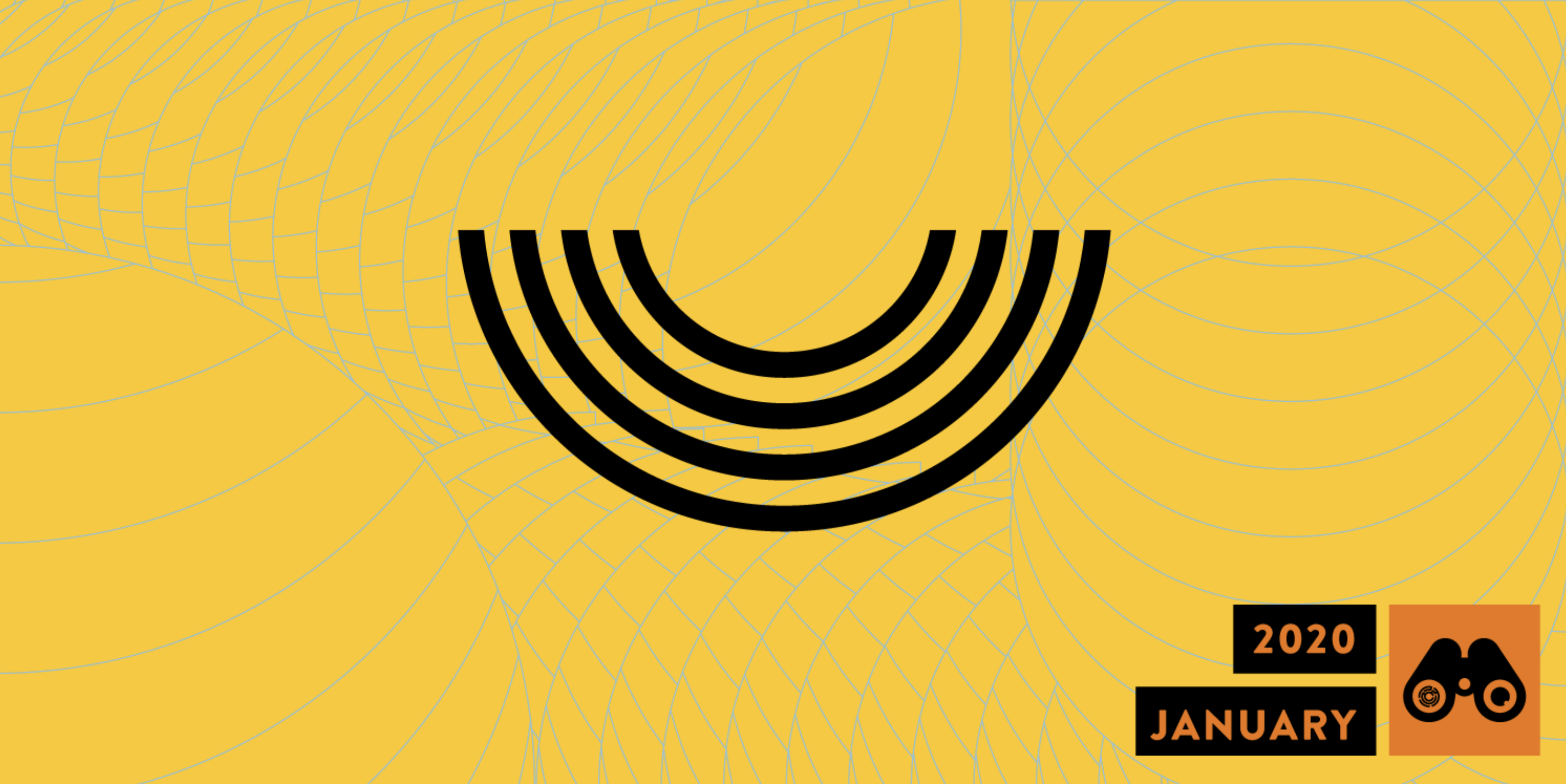 It goes without saying that January was a tumultuous month for Iran. The United States’ targeted assassination of Major General Qassem Soleimani and Iran’s subsequent retaliatory missile strikes into Iraq saw a dramatic escalation of regional tensions. Then, Iran’s subsequent downing of Ukrainian International Airlines Flight 752 — which resulted in the deaths of all 176 passengers — sparked a fresh political crisis in Iran. Violent clashes between protesters and armed police soon erupted in the streets, coming only days after hundreds of thousands took to the streets to participate in public mourning events for Soleimani, where stampedes killed 56 people and injured more than 200 others.

Unsurprisingly these events also spilled over into online spaces, with a number of reports of renewed network disruptions. Our January report catalogues these fresh developments, as well as tracking the ongoing impacts of sanctions on Iranian services, the Supreme Council for Cyberspace’s new statements about the National information Network’s implementation, and reports of renewed cyberattacks against the ICT Ministry.

Elsewhere, Filterwatch published a technical analysis of network disruptions in Iran during this period of renewed unrest. We’ve got more of this to come in our new Network Monitor series, which will monitor network disruptions and connectivity issues in Iran on a monthly basis.

On 5 January, the Spokesperson for the Parliamentary Cultural Committee Seyedeh Fatemeh Zolghadr (a member of the pro-reform faction of the Parliament) announced that the Committee was reviewing the final draft of the “Managing Social Messaging Apps” bill. According to Zolghadr, the aims of the draft document relate to the “protection of the rights of Internet users” and “the management of messaging apps”. Zolghadr was elected on the pro-reform ‘List of Hope’ in the 2016 legislative elections.

The original proposed bill from November 2018 contains a number of important recommendations relating to the regulation of messaging apps via the National Information Network (NIN), and outlines the responsibilities of app providers towards their users. The more significant proposal, however, is the removal of the ICT Ministry’s responsibility for “protecting Iran’s digital borders” and for preventing “illegal data exchange”.

Find out more about the plan in our breakdown here. Iranian Parliament experts’ assessments of the bill and their suggested amendments are also available here.

Following numerous disputes in December between the ICT Ministry and the SCC about the progress of the NIN, SCC Secretary Abdolhassan Firouzabadi requested that the ICT Ministry submit a “comprehensive NIN development plan” to the SCC within three weeks.

On 20 January, it was reported that the ICT Ministry’s plan failed to secure the approval of SCC members when the body met on 11 January. Instead, it decided that a National Centre for Cyberspace (NCC) working group would be responsible for allocating roles and responsibilities to various ministries and organisations to deliver the “correct implementation of the NIN”. The working group will review the work of the ICT Ministry and report back to the SCC with its recommendations.

Renewed Confusion Over Role of the Executive Council of Information Technology

On 17 November 2019, ECIT’s statute was approved by a delegation of ministers which narrowed the Council’s objectives to establishing and expanding eGovernment services, which is a core component of the NIN.

However, despite the ECIT’s new statute, members of the SCC such as Mohammad Hassan Entezari have expressed concern over functional and executive overlaps with the SCC. The ITEC, which is headed by the President, contains almost no representatives appointed by the Supreme Leader, with presidential appointees (such as cabinet ministers) making up the majority of the ECIT’s members. Individuals such as Entezari are concerned therefore that the role of the ECIT will inadvertently expand to encompass policy issues which could undermine decisions made by the SCC and the Supreme Leader.

It remains to be seen if these criticisms will lead to any substantive changes in the makeup or the mandate of the ECIT, to limit the risk of conflicts with the SCC.

On 18 January, a notice signed by Chief Justice Seyyed Ebrahim Raisi was sent to regional judiciary officers, notifying them that the responsibility for issuing licences and regulations relating to audio and visuals in cyberspace falls with Islamic Republic of Iran Broadcasting (IRIB), citing commentary provided by the Guardian Council on 1st October 2000, Articles 44 and 175 of the Constitution, and the Supreme Leader’s declaration addressed to the President dated 13 September. IRIB holds a monopoly over domestic TV and radio broadcasting in Iran. Raisi’s notice states that any IPTV and VoD services that are not licensed by the IRIB are to be considered illegal.

Chief of Staff Mahmoud Vaezi responded to Raisi stating: “with respect, these matters relate to the SCC”.

The subject of online broadcasting inform of licensing of IPTV and VoDs has long been a point of contention between IRIB officials and the Executive. We have written in the past on the legal background of the ongoing conflict and its political significance. The continued confusion between the governmental bodies shows that such questions have yet to be resolved conclusively.

In an interview on 10 January former ICT Minister and SCC member Reza Taghipour referred to ongoing SCC discussions around making domestically routed bandwidth — which operates through the NIN — free to users. He added that this proposal requires further review by the Council.

The introduction of differentiated tariffs for domestically and globally routed internet bandwidth is a practice that has been implemented by ISPs since May 2017, and which has effectively ended net neutrality in Iran.

Such financial incentives have been designed to coax users to migrate to (frequently unsecure) domestic services, and to dissuade them from using VPN services and circumvention tools. Such behaviours leave users vulnerable to government surveillance, and the potential misuse of data by other unauthorised parties.

On 1 January Mehr News reported that the Telecommunication Company of Iran (TIC) — a major government-affiliated telecommunications provider — wrote to the ICT Guild Organisation asking for an introduction to companies actively involved in designing and producing network equipment.

Reportedly, the letter from the TIC announced the need for IT and network equipment to expand its “superstructure and infrastructure” a move which is in line with the Supreme Leader’s calls for self-reliance and creating a “resilient economy”, which is in reference to the numerous sanctions placed on Iran. There is no indication as yet that the pressure of the sanctions are impacting Iran’s internet infrastructure negatively.

On 1 January, Iranian telecommunications provider Irancell announced the opening of a new fibre optic expansion project in the city of Arak, Markazi Province, in collaboration with Arak’s local authority. It was anticipated that fiber optic expansion would be impacted by the sanctions against Iran, however, a number of new projects have been announced since last year.

As the south-eastern province of Sistan and Baluchestan was hit by devastating floods during December and January, telecommunication services were massively disrupted or disconnected. According to the ICT Ministry’s Head of Provincial Coordination Office, Mehrdad Torabian, a number of cities in the province — namely Qasr-e Qand, Nikshahr, Fanuj and Pishin — were disconnected due to power cuts and fiber optic damage. According to Torabian on 13 January, telecommunication services in the province are “in the clear”.

Sale of RighTel SIM Cards Suspended Due to Regulatory Non-Compliance

On 11 January the Director-General for the Consumer Rights Protection Office Peyman Gharedagi announced that the sale of RighTel SIM cards was suspended for three days due to “non-compliance” with recent regulations to verify customers’ identities. Identity verification is performed by sending a “one-time password” to the customers’s existing, personally identifiable mobile number.

As we have previously written, this move undermines the anonymity of mobile phone users, which is especially important for activists, civil society members and journalists inside Iran, as well as ordinary citizens. Given the lack of legal privacy protections in Iran, this leaves user data and information vulnerable to misuse and state surveillance. The legal and policy gaps around data and privacy protections are an issue which should be addressed urgently.

FarsNews tweets about their (.com) domain being taken down

In a tweet on 14 January, Mohammad Javad Shakouri — the founder and CEO of popular video hosting service Aparat — announced that Apart was unavailable “due to international sanctions”. He stated that “without prior notice, Aparat’s domain service made [Aparat] unavailable. We are moving to a new domain registry company, and hope this does not take more than one day.”

In an interview on 14 January, Shakouri explained that the company decided to switch to a European (.com) domain service, as service providers based inside Iran can only accommodate (.ir) domain names.

On 24 January, following Aparat’s service disruptions, Sadjad Bonabi, a member of Iran’s Telecommunications Infrastructure Company’s (TIC) Board of Directors, tweeted that the news agency Fars News had gone offline due to “financial sanctions”. He added that “non-American domain services and (.ir) domains are available” and that his colleagues are in the process of guiding companies affected by such US sanctions. He also added that the “existing NIN infrastructure removes worries brought on by these cruel sanctions”.

Both Aparat and Fars News are now available on (.ir) domains.

On 10 January a Facebook spokesperson said in a statement to CNN Business that Facebook and Instagram have been removing posts expressing support from Qassem Soleimani, in compliance with US sanctions.

This is not the first time that Instagram has removed content affiliated with high-ranking Iranian officials. In April 2019, Instagram removed pages of IRGC officials after their designation as a “terrorist organisation” by the US.

Following the Iranian government’s admission to the downing of the Ukraine International Airline Flight 752 — killing all passengers on board — Iranians took to the streets in protest and to hold vigils following this tragic event, despite the heavy presence of security forces.

During this time, we observed a number of internet disruptions which intensified during the protests. While the network disruptions this January were not as extensive as the internet shutdown during the November 2019 fuel price protests, we still see that authorities rely heavily on restricting access to the internet during times of unrest and political upheaval.

The January edition of our Network Monitor provides a technical analysis of how these disruptions impacted connectivity in Iran this January. The Filterwatch Network Monitor will continue to report on the state of the Internet in Iran on a monthly basis for those who wish to find out more about the technical details of internet disruptions and shutdowns in Iran.

It was reported by domestic media that on 12 January the ICT Ministry’s main website and its regional websites were targeted by a cyberattack. The website reportedly returned to normal service the next day. Details of the incident have not been released by the ICT Ministry.